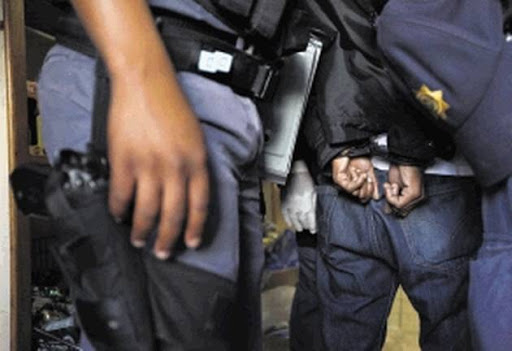 Police have arrested eight people after a mine manager's wife was kidnapped. The woman was released unharmed.
Image: Esa Alexander

Eight people are under arrest in connection with the kidnapping of the wife of a plant manager at Harmony mine in Welkom.

The kidnappers had demanded gold as ransom.

Four vehicles, including an Audi A3, Jeep Cherokee and two BMWs, were also seized.

Mbambo said police also followed up on information which led them to Sebokeng, where an undisclosed amount of money was recovered.

Speculation is growing that the men who kidnapped Tanzanian tycoon Mohammed Dewji were South African mercenaries.
News
3 years ago

The mine manager’s wife was abducted outside her workplace in the early hours of November 7.

Maake refused to give further details.

“Due to the sensitivity of the investigation, no information can be released at this stage as it’s also now a police matter. We ask the media and public to respect the privacy of the family at this difficult time while they recover from this ordeal,” Maake said.

He said Harmony was taking the necessary steps to ensure the safety of its employees as the incident was a major concern for the organisation.