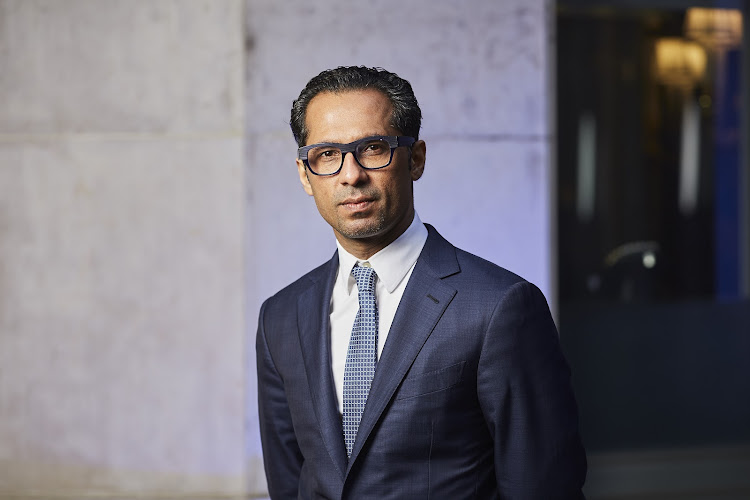 Speculation is growing that the men who kidnapped Tanzanian tycoon Mohammed Dewji were South African mercenaries.

Ryan Cummings‚ director of African risk management company Signal Risk‚ said Dewji’s claim after his release that his captors were “Caucasian” and “South African” pointed to them being mercenaries.

Cummings‚ from Cape Town‚ tweeted: “White South African males involved in armed operations on the African continent tends to usually imply one thing and one thing only: Guns for hire. Could be former SANDF guys who are now selling their expertise to the highest bidder.”

Dar es Salaam police chief Lazaro Mambosasa said: "We suspect that the abductors are South Africans because he said they were communicating in one of the vernacular from that country.”

Dewji‚ who spent nine days in captivity‚ told a news conference in Dar es Salaam: “I thank Allah that I have returned home safe and sound.” 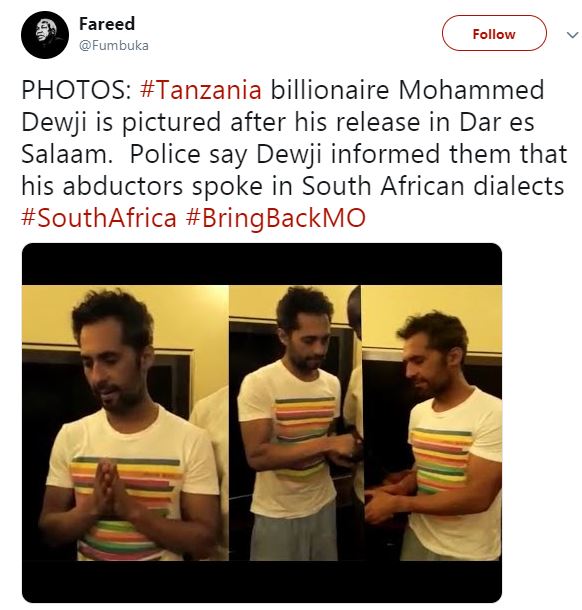 Clearly strained and appearing exhausted‚ he thanked the “Tanzanian authorities‚ including the police‚ who worked for my return. I thank all my fellow Tanzanians and everyone around the world for their prayers.”

Tanzanian police said on Friday they had identified the driver of a vehicle used in the kidnapping‚ outside a hotel gym in Dar es Salaam on October 11‚ and were making progress in their investigation.

After Dewji was released in the Gymkhana area of Dar es Salaam at 2.30am local time‚ the city’s regional commissioner‚ Paul Makonda‚ said the suspects were all foreigners.

Tanzania police chief Simon Sirro said an AK-47 rifle and three pistols were found in a car that was used by three kidnappers‚ two of whom spoke English and the other Swahili. The police were in pursuit of the men and hopeful they would be arrested‚ he said.

Dewji’s family offered a reward of $500‚000 (R7.2-million) for information that would help police find the 43-year-old‚ who is Africa’s youngest billionaire.

Sirro told the news conference that Dewji had already provided some information about the kidnapping. “He told us that the kidnappers wanted money but were very afraid‚ even though they were armed. He asked them several times how much they wanted but they gave no figure‚” he said.

Dewji did not know who his abductors were but believed they were from South Africa. Sirro added: “We now know their network‚ we know in which country the plans were made.”

“He told us that they treated him very well and gave him food‚” he said. “We got information that the abductors used the same car that was used to seize him at the Colosseum Hotel and dumped him."

Dewji‚ 43‚ heads the MeTL Group‚ which operates in about 10 countries with interests in agriculture‚ insurance‚ transport‚ logistics and the food industry.

He was born in Tanzania and studied at Georgetown University in the US. He also served as an MP from 2005 to 2015.

In 2013‚ he became the first Tanzanian on the cover of Forbes magazine and was named Forbes Africa Person of the Year in 2015. According to Forbes he is 17th on the list of Africa's billionaires‚ and worth $1.5 billion (€1.29 billion).

He is married with three children. In 2016 he signed a pledge to donate at least half of his fortune to philanthropic causes‚ according to Forbes.