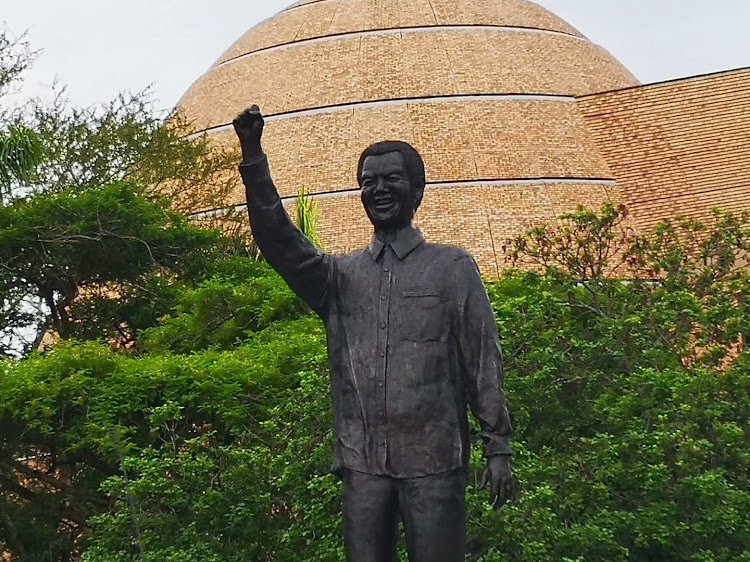 Nehawu members marched to government offices in Mbombela on Friday in protest against the Nelson Mandela statue.
Image: Mandla Khoza

Mpumalanga premier Refilwe Mtsweni has ordered the department of sports, arts and culture to rectify the 6m-tall statue of Nelson Mandela, which she says has artistic deficiencies.

The statue, which Mtsweni unveiled on September 28, cost the government R8.3-million.

The defects on the statue have also led to the DA in the province urging the auditor-general to investigate the procurement processes on the statue.

The ANC Youth League in Mpumalanga has also vowed to take down the statue if the provincial government does not remove it. The league has since labelled the person depicted on the statue as a “Mandela-wannabe”.

Community members have also taken to social media, saying the statue does not resemble Nelson Mandela and that it was just wasteful expenditure.

“I’m aware of the unhappiness as expressed by the citizens in the province regarding the statue of former president Nelson Mandela unveiled at the end of September this year. Shortly after the official unveiling of the statue, I noted a number of material artistic deficiencies, and subsequently wrote to sports, arts and culture MEC Thandi Shongwe to address the inconsistencies,” said Mtsweni.

Mtsweni has since asked Shongwe to enforce remedial actions aimed at addressing the inconsistencies within 30 days.

“Since the statue has failed in its intended objective to pay homage to the legacy of former president Nelson Mandela, remedial actions have to be taken within 30 days,” said Mtsweni.

On Friday, the National Education, Health and Allied Workers Union (Nehawu) marched to the provincial government offices in Mbombela demanding the removal of the statue.

* (Below) Nehawu members marched to government offices in Mbombela on Friday in protest against the Nelson Mandela statue.