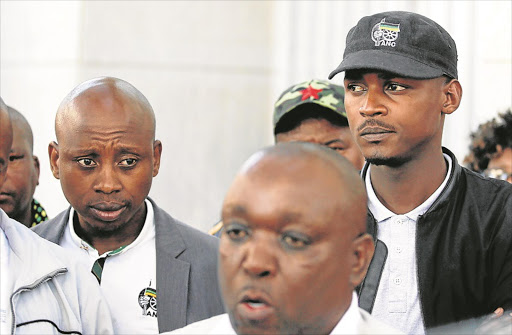 The ANC in Nelson Mandela Bay has been dissolved after failing to replace Andile Lungisa as its Chairman.
Image: Eugene Coetzee. ©The Herald

The ANC in Nelson Mandela Bay has been disbanded following a meeting of the party’s provincial executive committee on Monday.

ANC provincial secretary Lulama Ngcukayitobi made the announcement at a media conference on Tuesday.

The Nelson Mandela Bay regional executive committee (REC) is one of three in the province to be disbanded.

The other two are the OR Tambo and Joe Gqabi regions‚ both of which were long overdue to hold their conferences.

Nelson Mandela Bay was disbanded for‚ among other reasons‚ the REC’s failure to convene a regional general council to appoint a chairman after Andile Lungisa was told to vacate the position.