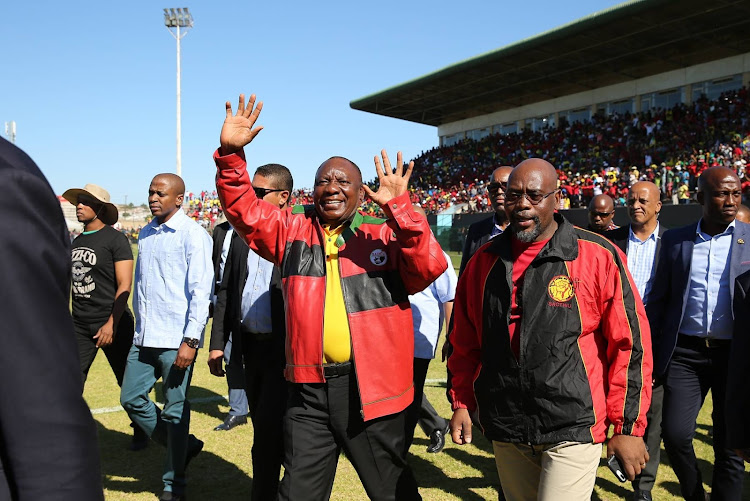 Cosatu will support the ANC in the 2019 national election, but it may also decide to throw its weight behind the SA Communist Party (SACP) as it works to build a popular front to potentially contest future elections.

This is according to proposed resolutions as well as the union federation’s political report, seen by this publication, to be discussed at Cosatu ’s national congress -- its highest decision-making structure – next week.

The proposed resolution on the SACP was put forward by three of the federation’s largest and most influential unions – the National Education, Health and Allied Workers Union (Nehawu), the SA Democratic Teachers Union (Sadtu) and the National Union of Mineworkers (NUM).

Cosatu adopting the proposal could mean a long-term shake-up of SA politics, but business as usual for the alliance in 2019.

This is key for the governing party, which cannot afford another divisive split, given the decline in its electoral support in national and local elections held in the last decade.

The SACP resolved last year that it would investigate ways to build a popular front to contest future elections. It said at the time it would look into whether it would contest elections on its own from within or outside the alliance.

The party has contested elections on its own in the Metsimaholo municipality in the Free State, but is clashing with the ANC in that council.

A resolution proposed by Sadtu and Nehawu, according to the document, indicated that while the ANC’s support was on a steady decline, the federation has a long-standing decision to throw its resources behind the ANC’s election campaign. The unions recommend that the federation continue to support the party.

But the two unions, along with NUM, are also pushing for Cosatu to throw its weight behind SACP to ensure that it takes forward its decision to contest elections independently of the ANC in the future.

Insiders said the SACP has been “sitting on the fence” over its position on state power and needed to come out more decisively in order for Cosatu to throw its support behind it.

The SACP has called for the reconfiguration of the alliance with the ANC, but should this fail to happen, it has indicated that it would contest elections.

“Cosatu must work with the SACP in building a popular movement through a joint political programme to educate and mobilise the working class… the SACP should take a decisive, unambiguous step on the question of state power,” the Cosatu document reads.

The SACP is set to have a special congress after the Cosatu congress.

Cosatu , in its proposed resolutions, said if the SACP decides to contest the 2019 polls, it too would convene a special conference to discuss whether it would support the party.

Cosatu on Tuesday said it would discuss its policy proposals at its congress, set to kick off on Monday.