Zuma tried to calm me down after Gupta offer - Vytjie Mentor 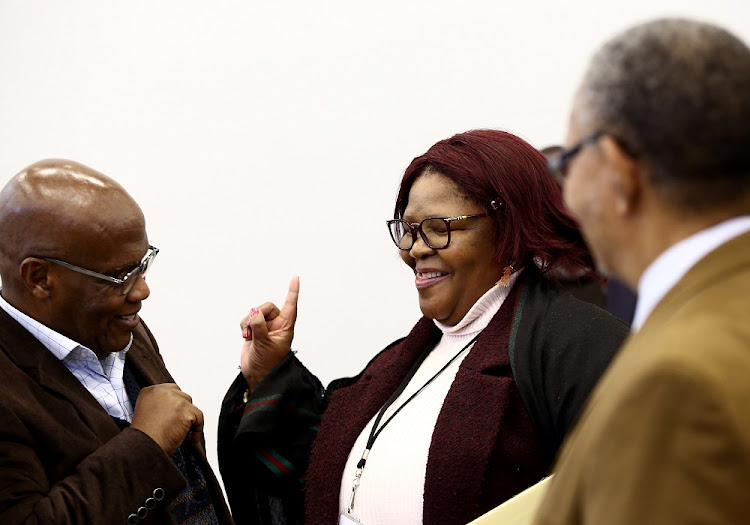 Former ANC MP Vytjie Mentor says Jacob Zuma constantly tried to calm her down after Ajay Gupta had offered her a ministerial job.

The former president walked in on her 2010 meeting with Gupta in a lounge at the family’s compound in Saxonwold‚ Johannesburg‚ Mentor told the state capture inquiry on Tuesday.

Mentor said Gupta had earlier promised her a job as a minister of public enterprises if she cancelled the South African Airways route between Johannesburg and Mumbai.

“He [Ajay] said they often put word to the president for people to become ministers‚” Mentor explained.

“By ‘we’ I understood to mean ‘they’ – the Gupta family. I did not accept the offer. I felt that he does not have authority to offer a ministerial position to me or any other person. I actually said to him: ‘It is only the president‚ in discussion with Luthuli House‚ that has authority to make people ministers.’

“He was not perturbed. That did not persuade him to abandon his offer. We had a bit of an exchange and I became agitated…I raised my voice. As I said to him: ‘You have no authority‚’ the president walked in‚” said Mentor.

She was giving evidence on Tuesday at the commission of inquiry into state capture‚ which is chaired by Deputy Chief Justice Raymond Zondo in Parktown‚ Johannesburg.

“When he [Zuma] walked in‚ I rose from my seat‚ out of respect. He greeted me while we were standing. Ajay remained seated. I told the president what Ajay had said. The president sought to calm me down. He did not address the issues that I was raising. I felt that he was finding issue with my agitation and with my anger. That further frustrated me‚” said Mentor.

Former ANC MP Vytjie Mentor has described how she refused one of the Gupta brother’s requests to meet former president Jacob Zuma during a 2010 state ...
News
3 years ago

Mentor testified that Gupta did not show the respect due to Zuma‚ as president. He greeted him while seated on a couch. Mentor said she also did not appreciate the tone Gupta used when speaking to Zuma.

Mentor also mentioned that before Zuma arrived‚ Gupta raised an issue that involved Denel and India‚ something that was “top secret”.

After Zuma kindly helped her into the car‚ the two men who had driven her from OR Tambo International Airport drove her back there. It was around 3pm.