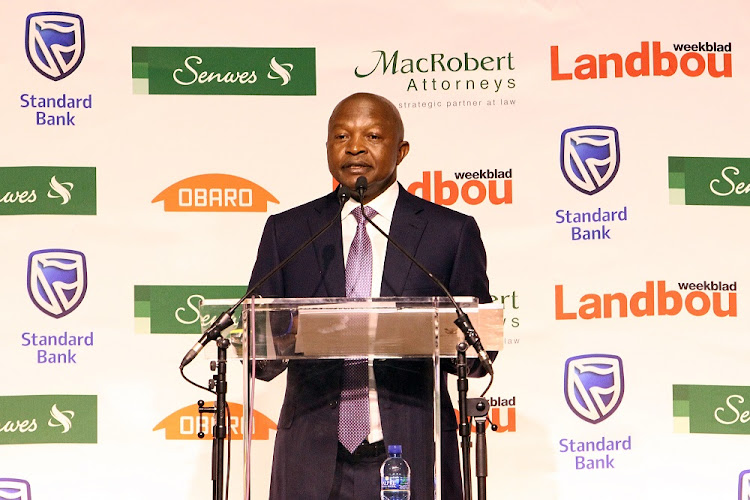 Deputy President David Mabuza has urged farmers to trust the government on land reform‚ saying they must plant and start to till the soil as the first rains come.

More than 350 farmers have convened on a game farm in Bela-Bela‚ Limpopo‚ to discuss land reform.

The two-day land summit has been organised by farming publication Landbou Weekblad and agricultural union AgriSA.

Mabuza said government would stop land invasions and ”be tough” on people moving on to whatever land they saw.“We are not going allow people to invade land… to grab land.”

He said government’s land-reform policy was about land redistribution and dealing with the past‚ but it would not stop food production.

“Looking at yourselves as farmers‚ have confidence in government. We are coming from a past and there should be an effort to restore what was wrong in the past‚ without destroying what we have.”

State shouldn’t own all land‚ the people should - Ramaphosa

Cyril Ramaphosa has rejected a proposal by EFF leader Julius Malema that the state should be the sole owner of all land.
News
3 years ago

“Land reform is not about stopping food production. It is about expanding access to land and ensuring every piece of land is productive. It will increase investment in agriculture to scale up production and continue to sustain our position as the most food-secure country on the continent. We want to enhance the productivity of communal land.

“As commercial farmers‚ you have requisite expertise that can be put to good use in the sector and… share it with emerging and aspiring farmers‚” he said.

“Many farmers in this room are already involved in supporting successful models of development of commercial black farmers.”

Mabuza said South Africa was last in the “queue” of countries that had implemented land reform and could learn from Zimbabwe.

“We are close to neighbours who have experience in this matter‚ [such as] Zimbabwe. We can learn what is good out of that and learn what is bad out of it.”

He said the government would “avoid something that could collapse the economy”.

To applause from the farmers‚ Mabuza added that government was working with mines to ensure they gave back land that could no longer be mined to turn it into agricultural land.

He also promised that government would support farmers financially.

Land expropriation in South Africa will be monitored by Trump's administration