State shouldn’t own all land‚ the people should - Ramaphosa 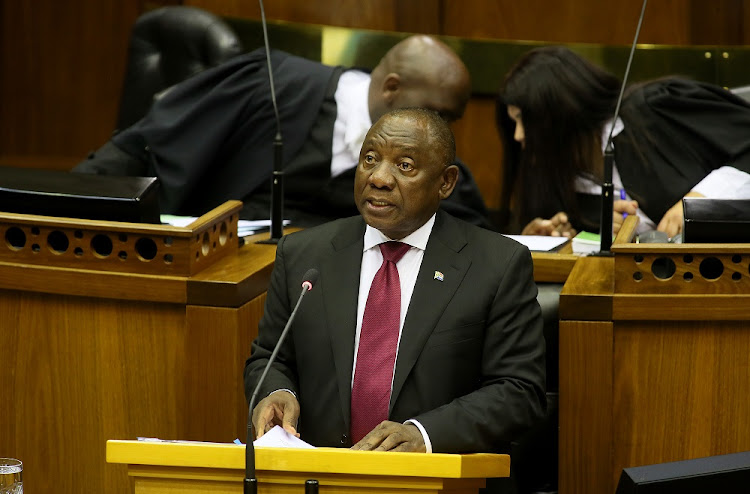 President Cyril Ramaphosa has rejected a proposal by EFF leader Julius Malema that the state should be the sole owner of all land in the country.

Responding to questions in the National Assembly from MPs on a range of issues‚ Ramaphosa said he simply did not buy the idea that ordinary South Africans should not be allowed to have title deeds to their pieces of land because they would be coerced by the rich into selling them.

Malema had made the proposal during the 3-hour question and answer session between the President and lawmakers.

"In the EFF we believe that the state must own the whole land‚ including Hout Bay and Camps Bay because this thing of title Mr President is a set-up.

"They want you to give our people title deeds‚ knowing very well that our people are poor‚ they will sell the land back to them…do you agree that the state must be the owner of the land?" Malema asked Ramaphosa.

Land expropriation in South Africa will be monitored by Trump's administration

However the president would not have any of that‚ saying while he believed "the land must be given to our people"‚ it was wrong to assert all land must only be owned by government.

"Many people say you give black people the land‚ they will soon sell the land and houses and remain poor. That's a false fear‚ I am afraid‚ because our people who've had title deeds become so proud that finally in the end they own something that they can show and demonstrate in their hands‚" said Ramaphosa amid applause from the ANC side of the house.

"So Honourable Malema‚ I think we should not rob our people from deep yearning and quest to want to own pieces of land. Right now we're going through this process Honourable Malema because with the recent land reform process that we embarked on‚ our rural development department started buying a number of pieces of land and then leased hem out to our people.

"Now the experience that we got is that many of those people are finding it difficult to get loans‚ because the banks say 'you don't own this land‚ we can't give you a loan on a basis of a lease'.

"And some of them are coming forward to say: ‘We want to own‚ we want to have a sense of ownership of the land that you're distributing to us.’ So my own view is that rather than frustrate this deep yearning that our people have about owning the land‚ we should not frustrate them by saying you cannot own this land‚ It's now going to be owned by the state. We should allow our people to own the land."

SA will be unstable without land expropriation‚ says Ramaphosa

President Cyril Ramaphosa believes South Africa will become unstable if the state does not expropriate land without compensation.
News
3 years ago

Ramaphosa also rejected claims from the DA leader Mmusi Maimane that his recent late night announcement‚ in his capacity as ANC president‚ in which he said Parliament would change section 25 of the constitution to provide for expropriation of land without compensation‚ had undermined the parliamentary process currently under way.

Ramaphosa said section 25 of the constitution was currently "implicit" and not "explicit" on the issue that has grabbed the attention of the nation.

The president spent a great deal of this Q&A session dealing with the matter.

He said if there was no departure from the current willing-buyer‚ willing-seller approach‚ it would take the country up to 100 years to change today's land ownership patterns at a projected cost of more than R700-billion.

Ramaphosa said he was convinced that South Africans from across the racial divide were finding each other as the land debate raged on.

He said these included white farmers who were initially apposed to government's plan to fastrack changes to land ownership.

Ramaphosa also lashed out at conservatives such as civil rights group AfriForum for spreading what he claimed was false information abroad about the government’s plans on land.