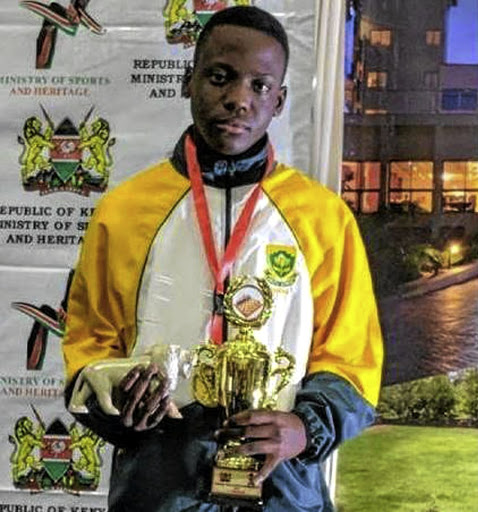 A 15-year-old world-renowned chess player from the dusty streets of Lehawu near White River, Mpumalanga, is flying the country's flag high.

However, Banele Mhango's plans of jetting off to Greece for the Youth Chess Championships in October are in limbo due to financial difficulties.

The grade 10 pupil at Lehawu Secondary School has already represented the country twice, largely relying on donations to get to the tournaments. His coach Eddie Bhila told Sowetan they were trying to make sure Mhango does not miss out on taking part in the championships.

"Flights and accommodations are arranged by the national body, however, his family has no money, so we ask for donations all the time," Bhila said.

Bhila said even their trip to Kenya was made possible after good Samaritans came to the party.

Mhango and Bhila are supposed to depart for Greece two days before the start of the championships in October.

Bhila said Mhango's attitude has motivated him to continue coaching the youth.

Poverty is no barrier for maths whizz

Young Kamohelo wants to put township schools on the map with his mastery.
News
3 years ago

He told Sowetan he started playing the game when he was 10 years old.

"My aim is to be a grandmaster. Now that I'm a Fide master it means I'm recognised by the world body of chess; it bodes well for my future," said Mhango.

He said although he needed to balance his schooling with the sport, chess helped him concentrate when studying.

"Chess helps me concentrate more, that is why I find my studies easy.

"Maths and science are my easy picks because those are the subjects that demand a lot of thinking; chess keeps my mind very sharp," said Mhango.

His single mother Victoria Ngwamba said that she's over the moon about her son's achievements.

"I'm very happy, you cannot understand the joy in my heart seeing my son being respected for the sport that I don't even know," she said

She said her son was taught chess by his elder brother Senzo when he was at primary school. "Later, he came home with something he won from school. Since then he goes to countries I have never been to myself."

Ngwamba said her son's achievements have made her "very happy and proud".

Thamsanqa Hoza's business idea was born at a boarding school in Welkom, Free State, and last month it received the royal seal of approval at ...
News
4 years ago
Next Article