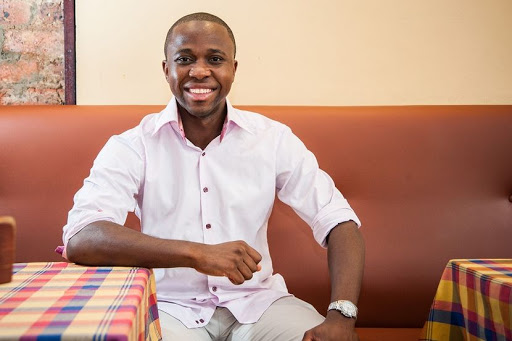 Pretoria-born Elon Musk, the chief executive of Tesla, is one of the world leaders of radical economic transformation.

Not the politically controversial version. He is part of the Fourth Industrial Revolution that has the potential to change lifestyles and production methods on a global scale.

The dollar billionaire who lives in the US wasn't born a millionaire. He has his own rags to riches story. But it is a story that should inspire South Africans who would like to transform not only their own lives, but the lives of others through innovation.

Following in the footsteps of Musk is Siyabulela Xuza, a young man from Mthatha in the Eastern Cape, who obtained an energy engineering degree from Harvard University. While at Harvard, Xuza invented cells that can make the batteries of gadgets like cellphones last longer. His achievement has won him international recognition.

The Lincoln Laboratory in the US was so impressed with his achievement it named a planet discovered in 2000 after him. We now have planet Siyaxuza in the main asteroid belt near Jupiter.

Musk and Xuza are the genuine role models of radical economic transformation. Their technologies have a huge potential to change the way we live, play and do business.

The hopelessness that one encounters on the streets is depressing but the work of Musk and Xuza shows that we have the potential to turn things around if we get our priorities right.

We need partnerships that work between government and the private sector. It's unhelpful that not much is being done to improve private sector confidence to encourage huge investments.

The government desperately needs a thriving private sector that can grow the cake, which can then be shared. This requires a radical change in mindset, stimulation of innovation and creation of new products and technologies.

Trying to redistribute a thin and shrinking slice of the economy through inefficient spending of state resources means everyone becomes equal but poor - except for the political elites.

It's important for advocates of radical economic transformation to understand that the power of government to change people's lives declines if private sector investment is not encouraged.

Governments don't create investments or jobs. Companies do. All that government needs to do is to create the right conditions for investment and innovation to thrive. So, it is the duty of governments to attract brains that can innovate.

The US is an engine of innovation for the likes of Musk and attracted a genius like Xuza because it has designed institutions that make it easy and attractive for innovators from all over the world to make it their home. We too can do it.

It is worrying that we are not innovating fast enough. The World Bank's 10th edition of South Africa's Economic Update released last month provides a wake-up call.

The report explains how innovation can help uplift the poor. In our fashionable political language, it means innovation ensures radical economic transformation.

The Word Bank report says innovation influences the welfare of low-income households by reducing their cost of living within sectors that have an impact on their daily lives, such as public transportation, food and agriculture. It mentions an unconducive business environment, expensive trading costs and low skills base as impediments to innovation and start-up companies in South Africa.

This frank assessment by the World Bank report gives us the basis on which we can build the pillars of the real radical economic transformation driven by innovation. That's what we need right now. Fortunately, we have Musk and Xuza to look up to.