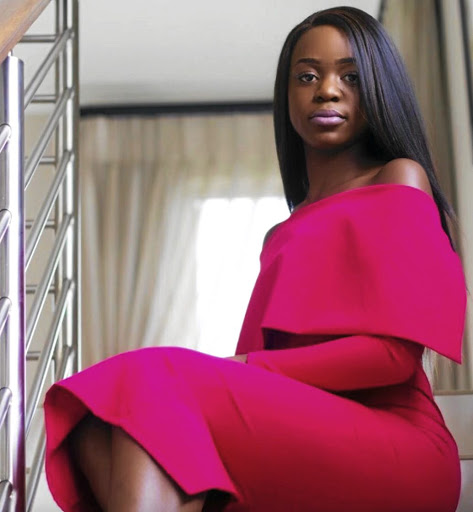 The family of a Rhodes University student who committed suicide - because she had been raped - has thrown a ring of silence around her death.

According to Khensani Maseko's friends, she hanged herself at her home in Johannesburg on Friday.

"However, her family asked us not to talk about the details of her death," said one friend who asked not to be named.

"It was on Friday afternoon when police were called to a house in Alberton.

"Paramedics were called and a 23-year-old woman was certified dead. An inquest docket has been registered."

Makhubele refused to say how she took her life.

On Friday, Maseko had taken to social networking site Instagram and posted a picture of what is believed to be her date of birth and the day's date - she captioned it: "NO ONE DESERVES TO BE RAPED."

The issue of sexual consent will be discussed in a series of talks at Grahamstown’s Rhodes University‚ following the death of third-year student ...
News
3 years ago

Earlier on the same day she had posted a picture of herself with her grandmother and wrote: "Gogo, the bond between us is so deep. Heard your voice just now and I know your spirit knows what mine feels." This was followed with a crying Emoji.

Friends said they could see something was amiss with the third-year law student as she had isolated herself.

"It never occurred to us that whatever was stressing her would lead to her death," said Siya Nyulu. "I worked with her during the FeesMustFall campaign and also helped her during her campaign for SRC president. She was a nice and caring person. I wish there is something I could have done."

Another close friend, Eric Ofei, said they were devastated by her death. "She had a bright future ahead of her but she was not everyone's cup of tea because of her resilient fighting spirit. However, she cared a lot about the students' wellbeing.

"I remember there was a student who told her that she was not coming back because of financial problems at home and she just deposited money into her account," Ofei said.

"She was always there for people and it is very sad that nobody was there for her."

Another friend, identified as Teboho, said she had been Maseko's friend for 15 years but declined to speak further.

Rhodes University last night confirmed that the alleged perpetrator has been suspended. Vice-chancellor Dr Sizwe Mabizela lowered the university flag yesterday in commemoration of her death which will fly at half-mast until her funeral.

Scant coverage of rape trauma the university student went through.
Opinion
3 years ago

In a statement, the university said: "Maseko reported on Monday 30 July, a rape which allegedly took place in May. The university immediately made contact with her family and they travelled the next day from Johannesburg to Grahamstown for a meeting where they elected to take Khensani home for a while.

"Khensani was due to return to the university for a meeting with the support and investigation team today [yesterday]. The university, working with the police and the National Prosecuting Authority, is pushing for an inquest into Khensani's death."

Matabane said Maseko will be buried on Thursday in Johannesburg. "We appreciate the support and condolences from South Africans... We condemn in the strongest possible terms any form of violence and abuse against women."

Meanwhile, deputy higher education minister Buti Manamela said the tragic events that led to her death were a reflection of how "bad things were for South African women."