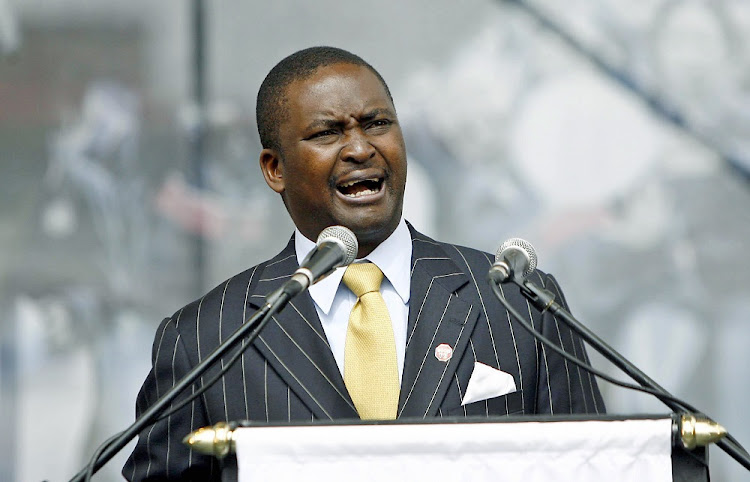 ANC treasurer general Paul Mashatile believes that the party's integrity commission may have to decide on the election of Qedani Mahlangu and Brian Hlongwa into the Gauteng ANC's provincial executive at the table weekend.

Mahlangu is a former Gauteng Health MEC and she was fingered in the tragic deaths of the Life Esidimeni patients while Hlongwa is facing an investigation by the police's special investigating unit for alleged corruption.

Mashatile was responding to the question: "In terms of integrity‚ what message is the ANC sending to the society by the election of Tony Yengeni as head of its crime and corruption committee and Qedani Mahlangu and Brian Hlongwa's election at the weekend?"

This was during his appearance before the Cape Town Press Club on Tuesday. "We have created an integrity commission and if there are allegations against leaders‚ they will appear‚" Mashatile said.

"The commission may as well say 'step down‚ so that we don't do it arbitrarily'‚" he added.

Mashatile defended Yengeni and the ANC's decision to appoint him as chair of its working group on crime and corruption. Yengeni was convicted for fraud in 2003. He spent five months of his four-year sentence in prison before being released on parole.

Mashatile argued that Yengeni had served his punishment. "Comrade Yengeni was convicted and he served his time. He came back into the organisation to participate. I don't know of any new problems that he is facing ..."

"Okay..." responded Mashatile. "The point I was making is that it's a bit of a difficulty in the ANC if somebody was convicted and served their term. Will you say to that person 'we don't need you anymore'? We don't think so because they have been punished already‚ they've served their terms."

He said the party may look into cases of repeat offenders in future.

The ANC in Gauteng has blamed the SIU for the delay in finalising the corruption case against Brian Hlongwa.
News
3 years ago

Mashatile spoke about how the ANC had strengthened its integrity commission at its conference in December‚ while admitting that the body had previously been weak as the national executive committee still overruled its decisions.

"The problem was that they would call a leader to appear for bringing the organisation into disrepute. They would then take their report to the NEC and if the leader sits in the NEC‚ they could easily dismiss them. Now they don't have to go back to the NEC to get permission on how to deal with the matter‚" he explained.

"In my view‚ all comrades who have serious allegations against them‚ we should say as the ANC‚ please appear before the integrity commission so that your issues are dealt with‚" added Mashatile.

Mashatile said part of the ANC's organisational renewal entailed making sure the party went back to its original values of integrity‚ humility‚ discipline within its ranks‚ not tolerating corruption and service to the people.