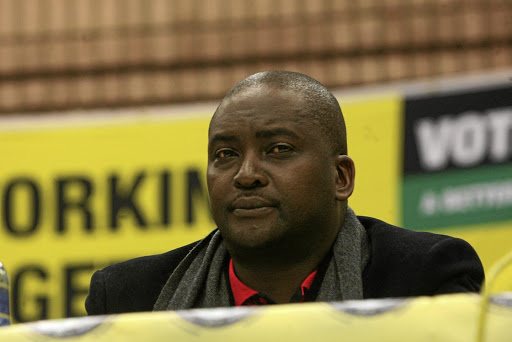 The ANC in Gauteng has blamed the special investigating unit (SIU) for the delay in finalising the corruption case against its chief whip Brian Hlongwa.

This comes after an SIU report compiled in 2014, but only released publicly last week, revealed Hlongwa was linked to corruption worth R1.2-billion.

This emanates from Hlongwa's tenure as health MEC between 2006 and 2010, when he allegedly received kickbacks, luxury trips and other benefits from a service provider.

Yesterday, ANC Gauteng secretary Hope Papo said the provincial working committee "noted with concern" that eight years after the SIU had launched its investigation in 2010, the matter had still not been concluded.

"The ANC is of the view that the dragging on of this case for this long undermines the democratic state's fight against corruption, and also violates the right to speedy justice," Papo said in a statement.

The Gauteng ANC’s provincial working committee has called on its integrity committee expected to meet next month to conclude the matter of ...
News
3 years ago

The Hawks have said their investigation against Hlongwa was "never closed".

"Now we have more information and the investigation is still ongoing," Hawks spokesman Hangwani Mulaudzi said.

Hlongwa survived a motion for his removal by opposition parties by just five votes yesterday.

The motion was put forward by the EFF and supported by the DA.

With the ANC holding the majority power, 36 members of the provincial legislature voted in support of Hlongwa staying as chief whip while 31 voted for his removal.

The opposition parties launched a scathing attack on Hlongwa and the ANC.

The DA's Jack Bloom said the motion was important in showing whether the governing party was "really serious about fighting corruption".

"The ANC in Gauteng has claimed that it was opposed to the obvious state capture under Jacob Zuma, but here is a glaring example for which there has been no real accountability," Bloom said.