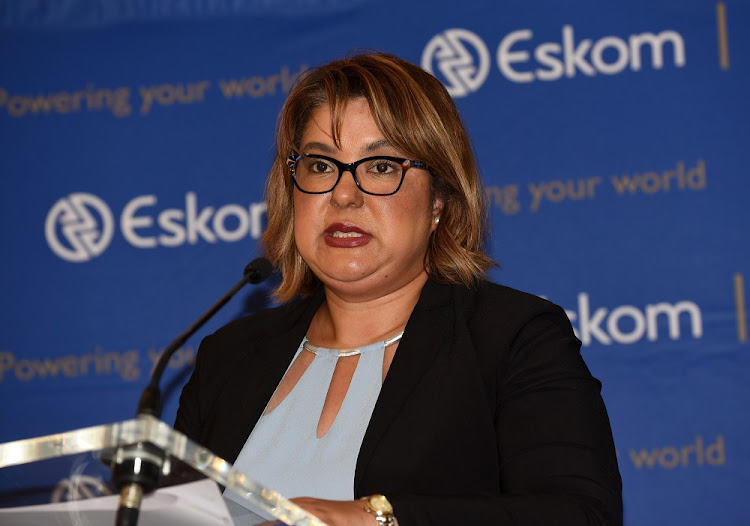 Suzanne Daniels‚ the Eskom whistle-blower who was formerly head of its legal and compliance department‚ has been dismissed from the company after a disciplinary hearing found she was implicated in several of the dodgy transactions that have come under scrutiny.

Daniels‚ who was a key figure in providing evidence against Eskom’s former executives Brian Molefe and Anoj Singh in parliamentary hearings last year‚ turned whistle-blower after she had been suspended from the company herself.

While Daniels was praised for her courageous disclosures in parliament‚ the new Eskom leadership led by CEO Phakamani Hadebe believed the charges she faced were serious enough to be fully interrogated before she could return to work.

An independent inquiry headed by Nazir Cassim found Daniels guilty of four charges: the distribution of confidential Eskom information to a third party; involvement in the McKinsey and Trillian consulting transactions; and involvement in the Tegeta transaction in which Eskom helped the Gupta family buy the Optimum mine.

The hearing also found that Daniels approved an Eskom payment to a firm of attorneys for legal services rendered to the former SABC board chair in the SABC parliamentary inquiry‚ a payment that had nothing to do with Eskom.

Eskom whistleblower Suzanne Daniels must fight for her job today

Suzanne Daniels will on Monday face disciplinary charges that could cost her job.
News
4 years ago

Becoming a whistleblower changed her life “forever”.
News
4 years ago

Eskom’s suspended head of legal compliance Suzanne Daniels believes she is under surveillance.
News
4 years ago
Next Article