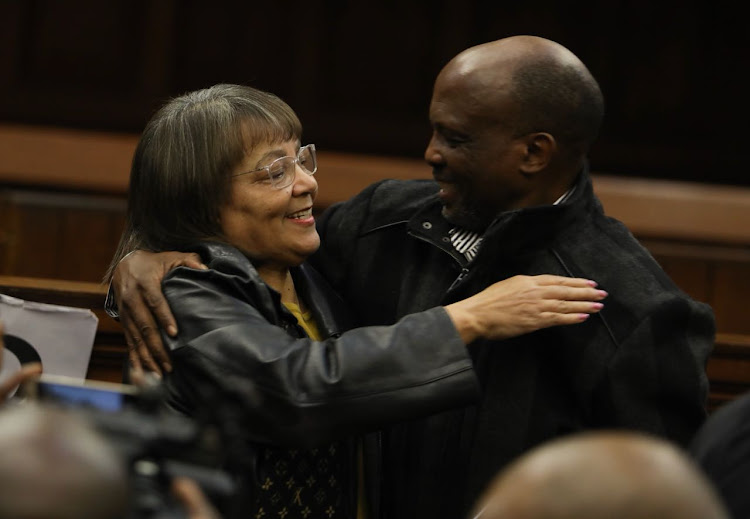 Natasha Mazzone‚ MP and Democratic Alliance deputy chairperson of its Federal Council‚ commented after the party’s loss in the bruising battle: “It is noteworthy that the court only dealt with technical and procedural matters and did not express itself on the substantive merits of the matter.”

She said the council would study the judgment and consider further legal options including the possibility of an appeal.

The DA has been at an impasse over De Lille since late last year.

De Lille approached the court in May to challenge the constitutionality of the party’s so-called automatic-cessation clause‚ which it used to terminate her party membership.

This was following a radio interview in which De Lille said she would resign after clearing her name.

Patricia de Lille has been vindicated by the Western Cape High Court after two days of argument.

The clause states that membership ceases once a party member publicly declares his or her intention to resign and or publicly does so.

The mayor tried to explain that she meant she would resign from her mayoral position after clearing her name but not from the party.

The DA argued that its relationship with De Lille was strained and had irrevocably broken down.

Judge Andre le Grange‚ reading out a summary of the judgment on Wednesday‚ said before the party could make any adverse finding against De Lille that led to her membership being terminated‚ it was required to give her an opportunity to submit evidence in mitigation‚ which it did not do.

"The party's failure to comply with provisions of clause 10.5.1.2 of its own constitution amounted to a further material irregularity which mitigates the decision arrived at namely that Ms de Lille's membership ceased to exist.

"The termination by the first respondent that the applicant has ceased to be a member of the DA... is declared to be unlawful and invalid and is reviewed and set aside with costs‚" he said.

De Lille has another court battle on Thursday‚ over her application to get a copy of a report compiled by a commission headed by DA chief whip John Steenhuisen last year which was critical of her role in the DA caucus in the city.