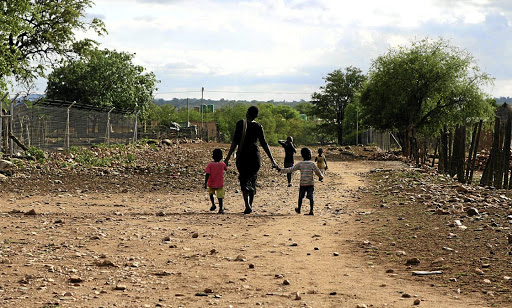 More than half the people in Limpopo depend on social grants as their main source of income.
Image: Sandile Ndlovu

Social grants are the main source of income rather than salaries for the majority of people in Limpopo at 57.4% and Eastern Cape 59.3%.

According to Statistics South Africa's General Household Survey for 2017 report released in Pretoria yesterday, the number of people with access to social grants has more than doubled from 12.8% in 2003 to 30.8% in 2017, with the percentage of households that received at least one grant increasing from 30.8% to 43.8% in 2017.

The results recorded a significant drop in the number of people and households grappling poverty, which was attributed to the increase in social grant beneficiaries.

Dr Isabelle Schmidt, Statistics SA's chief director for social statistics, said though they did not probe if there was a link between the drop in the number of hungry people and the spike in social grant beneficiaries, evidence showed a link. "There is a lot of evidence that shows that access to social grants significantly contribute to alleviation of poverty.

"Looking at the numbers, particularly the general household income, there is evidence that poverty is on the decline," she said.

The report further shows that 88.6% of households had access to piped water while 84.4% had access to electricity. Schmidt said these statistics show a significant improvement in the quality of life.