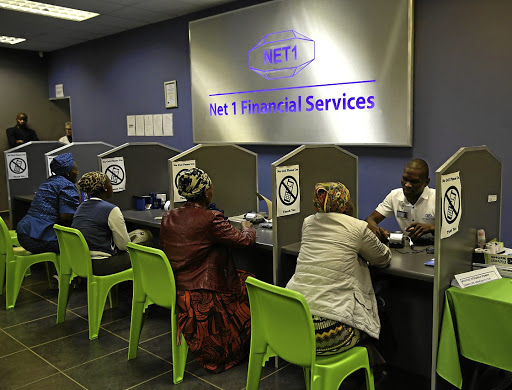 Social grants recipients in KwaZulu-Natal get their payments at Net 1 Financial Services, one of the information technology partners to Grindrod Bank:
Image: THULI DLAMINI

The SA Post Office (Sapo) is in the process of ensuring that all Sassa beneficiaries migrate to its platforms as Sassa is phasing out cash payments.

In a report by a panel of experts, filed in the Constitutional Court (ConCourt) last week, CPS has been accused of suspending the payment of social grants by more than one hour at one paypoint, leaving beneficiaries who had been queuing since 6am confused.

This came as a CPS official "did not want Sapo" at the paypoint premises, the latest report, dated June 15, stated.

Taxpayers will have to fork out four times more what is being paid to Cash Paymaster Services (CPS) - amounting to at least R100-million a month - ...
News
3 years ago

The panel of experts were appointed by the ConCourt to monitor Sassa's monthly progress reports on issues related to the payment of grants and submit its own reports to the highest court in the land.

CPS spokeswoman Bridget von Holdt said it was only in "isolated instances [that] CPS did not allow teams purporting to be Sapo officials on the pay sites as no prior arrangements were made".

Von Holdt said CPS did not want to allow unidentified individuals in the paypoint environment. "CPS has an obligation towards the beneficiaries as well as its own staff that the security is maintained at all times, given the high-risk environment that payments are conducted in," she said.

The report, however, stated that a panel member had visited one of the social grant paypoints on June 1 and witnessed the incident which was also reported to have occurred at the Claremont community hall in KwaZulu-Natal.

The panel member indicated that payments, which were scheduled to start at 8am, only commenced at 9.15am while beneficiaries had been queuing since 6am.

"The CPS employee in charge announced to beneficiaries that payments were suspended until a dispute between Sassa and CPS was resolved," the report stated.

CPS ordered to pay back R316m it received from Sassa

The High Court in Pretoria has ordered Cash Paymaster Services to pay back the R316-million it received from South Africa Social Security Agency ...
News
4 years ago

It further said a panel member was told that the dispute related to CPS not wanting Post Office employees on the premises "as they (Post Office) were forcing beneficiaries to take the new Sassa card".

The report said CPS allegedly wanted to promote "their EPE (EastPay Everywhere) cards", which were being presented to social grant beneficiaries across the country.

Human rights organisation Black Sash has also accused CPS of presenting the private EPE bank cards to beneficiaries "under the pretext that it's the new Sassa card".

"CPS and Net 1 continue to use their position as the information technology partners to Grindrod Bank to migrate those with Sassa Grindrod bank accounts to the private EPE bank account without the appropriate authorisation," Black Sash said.

But Von Holdt said card-holders were free to open an account with a bank of their choice. "Payment channels will include the utilisation of Sapo infrastructure, if beneficiaries so wish to use it. There is no exclusivity in this respect."

In 2014 the ConCourt found CPS's contract with Sassa to be invalid. The invalidity of the agreement was twice suspended by the court to allow the payment of social grants to continue. The current agreement expires at the end of September.