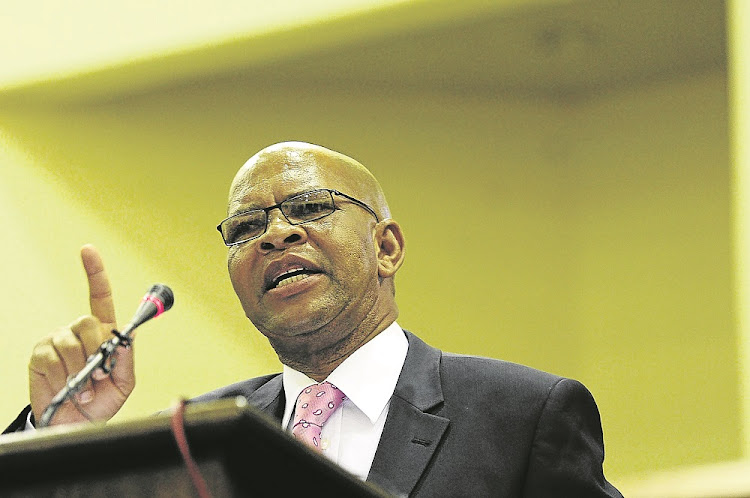 Stan Mathabatha, who is also the premier of Limpopo, is set to retain his position as the ANC chairperson in the province.
Image: Thulani Mbele/Sowetan

President Cyril Ramaphosa's efforts to unite warring factions in the ANC in Limpopo have received a major boost.

Ramaphosa and Nkosazana Dlamini-Zuma supporters are pushing for a Nasrec-style leadership slate where there will be no outright winner or loser in the upcoming ANC's provincial conference.

Sowetan can today reveal that a deal is being engineered by outgoing provincial treasurer Danny Msiza.

Under the deal, premier Stan Mathabatha, who led the Ramaphosa campaign in the province, will retain his position as the provincial chairman, while his deputy will be Vhembe District Municipality mayor Florence Radzilani.

Former ANC provincial secretary Soviet Lekganyane is tipped to return to the powerful position. ANC Mopani regional secretary Bioskop Makamu, one of ANC leaders in the province who backed Minister in the Presidency Nkosazana Dlamini-Zuma's bid in Nasrec to be the ANC leader, is touted to be the deputy secretary, while Msiza looks set to retain his position as the treasurer.

Eric "Penny Penny" Nkovani says he is tired of living in a area split by inequality and tribalism.
Entertainment
4 years ago

Sowetan has also learnt that Lekganyane and former ANC Youth League leader Lehlogonolo Masoga may contest each other for the secretary's position. This may scupper the unity project.

Outgoing ANC provincial secretary Nocks Seabi said "comrades would be able to find each other if there was a negotiated leadership slate".

"Unity is still the main issue facing the ANC in the province. Anything that would unite the ANC would be welcomed," he said.

SACP provincial secretary Gilbert Kganyago said the ANC should do away with factions.

"The ANC can only count on us for a leadership that is not an association of factions. If the ANC wants to do away with factions the first step is not to recognise such factions," Kganyago said.

The SACP is not backing Lekganyane, who is also the pary's former secretary.

Kganyago said: "Over our dead bodies. He has hurt the SACP badly. He embarrassed the SACP leaders nationally."