Airport renaming: We won't be influenced by the loudest voices‚ says Acsa 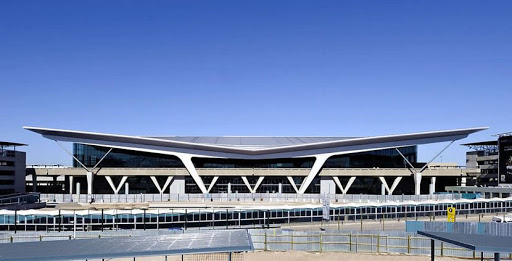 Airports Company South Africa said on Tuesday that the renaming process of Cape Town International Airport was on track‚ despite disruptions on Monday night at a public consultation meeting.

“Airports Company South Africa wishes to emphasise that the public consultation session on airport renaming held at Cape Town International Airport on Monday evening was ultimately properly concluded in spite of demonstrations that disrupted proceedings for a period‚” the company said in a statement.

“Submissions on new names for the airport are still open until midnight on 6 June 2018 for any member of the public to motivate their choice. Those who did not manage to be heard at the public consultation can therefore still have a say. Proposals made by e-mail and through other channels will carry equal weight to those made at public meetings.”

The decision to rename the airport has triggered vigorous debate‚ especially after EFF leader Julius Malema proposed that the opportunity be used to honour ANC stalwart Winnie Madikizela-Mandela‚ who passed away in April. Since then EFF leaders have been using social media to lobby for that cause.

A public meeting on the renaming of Cape Town International Airport descended into chaos.
News
3 years ago

The EFF proposal was shot down at Monday’s meeting by a group calling themselves “Gatvol Capetonians”‚ leading to the disruption. Acsa said that did not deter proceedings.

“There were many in attendance who had come to make their representations peacefully and cooperatively. There were others who appeared to have come with the specific intention to disrupt the meeting‚” it said.

“When the intention of the meeting was disregarded and when other attendees were threatened‚ it was imperative that Airports Company South Africa protect the integrity of the consultation and the safety of those in attendance. The meeting was therefore declared closed until the disruptors had agreed to proceed in a more respectful manner.

“The decision to close the meeting until the disruptors again agreed to conduct themselves respectfully was necessary because such a consultation cannot continue when its integrity has been undermined.”

Acsa said the meeting‚ attended by around 800 people‚ resumed at 8pm. Voting then took place verbally and via ballot.

“Decisions on a new airport name will not be influenced by threats or based on who shouted the loudest. Views expressed at consultation meetings do not constitute a binding vote on the name to be selected‚” the company said.

“The process of gathering public input on possible names for airports is an essential and prescribed element of the renaming process. Everyone has the right to be heard and Airports Company South Africa will continue to ensure that all views on renaming of airports are taken into consideration.”