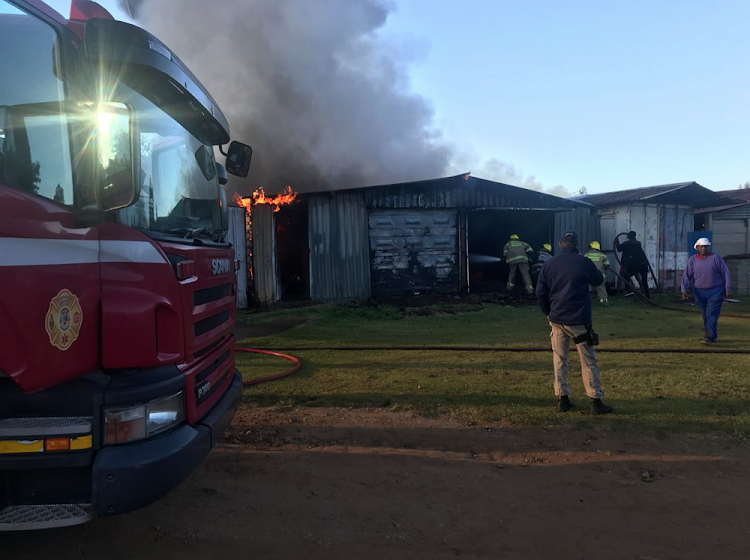 A toddler was killed in a shack fire in Benoni.
Image: SUPPLIED

A toddler was killed in a shack fire in the Benoni agricultural holdings on Thursday morning.

At around 7am‚ paramedics arrived at the scene and found that the boy sustained fatal burn wounds. Unfortunately‚ he had to be declared dead by the medics in the room of the shack that caught alight.

The toddler's sister‚ believed to be 12 years old‚ did not sustain any injuries in the fire.

The exact details surrounding the cause of the fire were not yet known but local authorities would be investigating further‚ said ER24 spokesperson Annine Siddall.