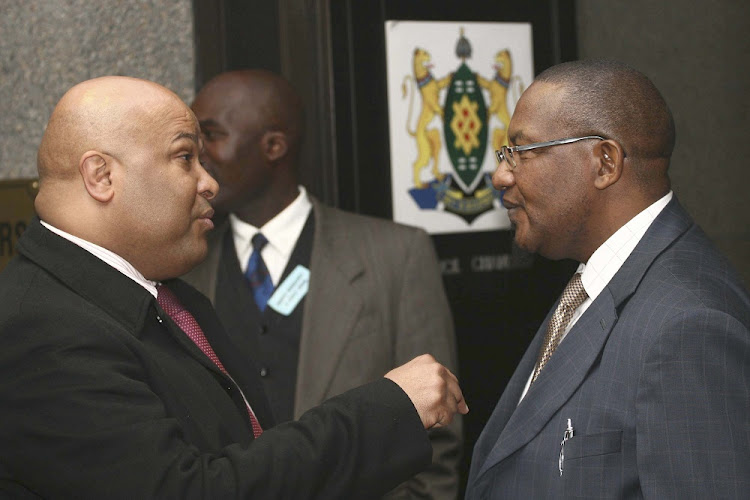 The Inspector-General of Intelligence says spy boss Arthur Fraser is lying about being “unaware” that he was investigating him – and is also dishonestly denying that he had an ulterior purpose for revoking the IGI’s crucial security clearance.

Inspector-General Setlhomamaru Dintwe has also rubbished Fraser’s argument that he was “reinvestigating” fraud and corruption accusations that had already been probed four years ago‚ and that doing so was part of a “malicious”‚ politically motivated campaign to discredit Fraser‚ the State Security Agency and the current government.

Dintwe has confirmed that the Principal Agent Network‚ and Fraser’s involvement in it‚ was previously the subject of an IGI investigation – with two allegedly damning reports being released in 2013 and 2014. The SSA’s own investigations reportedly found that Fraser was one of 15 people against whom “there is sufficient proof to institute criminal investigations”.

Dintwe states: “However nothing precludes any member of the public from lodging a complaint regarding the PAN Programme‚ allegations of fraud against the Director General or any person‚ including allegations of the fact that no action was taken by the executive authority to bring those implicated to book.”

The Inspector-General of Intelligence has accused State Security Agency director-general Arthur Fraser of threatening him.
News
4 years ago

He said it was apparent that Fraser – the Director General of the State Security Agency – regarded him as an “employee”‚ rather than a watch dog over the agency he leads.

In an affidavit filed at the Pretoria High Court on Friday‚ Fraser claimed that he was not aware that he was under investigation by Dintwe over a number of serious allegations – including claims of treason and corruption contained in author Jacques Pauw’s book “The President’s Keepers”. Fraser argued that he had not been formally notified of such an investigation.

But Dintwe said Fraser was “acutely aware” that complaints had been made against him in May 2017‚ months before Pauw’s book was published. He pointed to a letter sent to him by Fraser‚ in response to an article in The Daily Maverick in November 2017‚ which made explicit reference to a complaint laid by the DA’s John Steenhuisen months before.

Fraser was seemingly outraged that Dintwe had not taken action over Steenhuisen’s alleged “unlawful” possession of “classified” documentation‚ which apparently included the previous IGI reports on the PAN Programme.

“It is therefore clear that from the beginning the complaint and the information at issue involved allegations against the Director-General personally and that he was aware of this fact‚” Dintwe states in an affidavit filed in response to Fraser’s submissions.