No burial date yet for late ANC veteran Zola Skweyiya 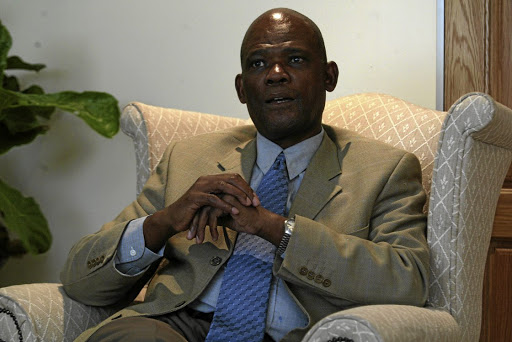 The family of the late ANC veteran, Zola Skweyiya, has yet to decide the date of his funeral.

Skweyiya, who would have turned 76 tomorrow, died on Wednesday.

"We are busy with the preparation and we will make an announcement about dates of the memorial services and the funeral," Skweyiya's nephew, Nkulu-
leko, told Sowetan late yesterday.

Skweyiya died on the day memorial services were being held for Winnie Madikizela-Mandela across the country.

His death also came on the day President Cyril Ramaphosa and former presidents Thabo Mbeki and Kgalema Motlanthe were meant to visit him.

Born Zola Sidney Themba Skweyiya on April 14 1942 in Simon's Town, Cape Town, he went to school in Port
Elizabeth and Retreat in Cape Town, but matriculated from Lovedale School in
Alice in 1960, according to online legal information platform Sabinet Law.

He was an ANC activist at Fort Hare University and mobilised support for Umkhonto weSizwe until going into exile in Tanzania.

Skweyiya obtained an LLD degree from the University of Leipzig in Germany He worked for the ANC in various capacities and was responsible for setting up its office in Addis Ababa, Ethiopia.

Between 1982 and 1985 he represented the ANC at the Organisation of African Unity before he was recalled to Lusaka, Zambia, to set up the ANC legal and constitutional department there.

He headed this department until 1990 in Zambia and again until 1994 in Johannesburg after his return to South Africa in 1990.

On his return, he also chaired the ANC constitution committee.

Between 1984 and 1993 he annually represented the ANC at the UN Commission for Human Rights.

He contributed to the founding of the Centre for Development Studies and the South African Legal Defence Fund, both at the University of the Western Cape.

Skweyiya became a member of parliament in 1994, where after he held the two ministerial portfolios.

In 2009 he was appointed the SA high commissioner to the UK and Ireland.

ANC spokesman Pule Mabe has sent condolences to the Skweyiya family on behalf of the ANC national executive committee and membership.

"The movement mourns with them as we celebrate the life of this gentle giant of our Struggle," Mabe said.

Ramaphosa also expressed his sadness at Skweyiya's death after a period of hospitalisation.

"Our thoughts as colleagues and comrades go out to the family and friends of Dr Skweyiya, who served our country with great passion and distinction during his time in cabinet and the diplomatic service," he said.

"Dr Skweyiya's endearing engagement and his contribution to our society, especially his role as the first minister to lead the public service in a democratic South Africa, will be greatly missed and honoured," Ramaphosa said.

Expressing his condolences on his Facebook page, UDM leader Bantu Holomisa said another giant has fallen just three days before his birthday.

"He was a thinker and a man given to pause. As a long-serving member of the ANC's disciplinary committee, he and Penuell Maduna would always tease me after I had left the ANC and said: 'Aaahh kwedin', we chased you away neh!'"

Holomisa said Skweyiya had been a competent minister of public service and administration.

Cope chairman Pakes Dikgetsi said: "Mr Zola Skweyiya was one of the few leaders of our people who sacrificed the comfort of home, family and friends to travel to foreign lands to seek assistance in the just fight for a better South Africa that belongs to all its people."

He said as a young activist in the Congress Movement of the 1950s and 1960s, Skweyiya had laid the foundation and inspired future generations of young people who had followed in the footsteps of his generation to pursue the Struggle for a non-racial and non-sexist democratic nation.