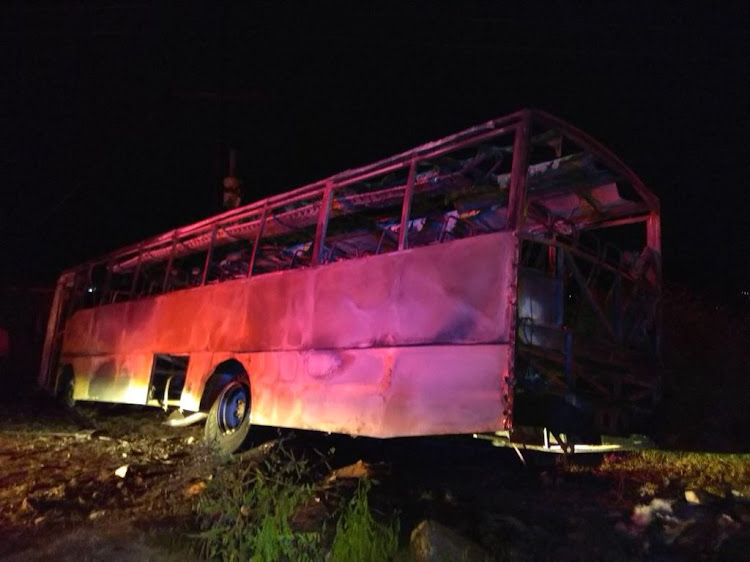 The South African Police Service's Limpopo commissioner‚ Lieutenant General Nneke Ledwaba‚ has assembled a high level team of investigators to track down the suspects responsible for the petrol-bombing of a bus that was transporting night shift mineworkers on Monday evening‚ killing six.

A reward of up to R500 000 is also being offered for any valuable information that can lead to the arrest and possible conviction of the people responsible.

Six people burnt beyond recognition after what seemed like a petrol bomb‚ was thrown at the bus by unknown suspects. The bus immediately caught fire‚ instantly killing six people on board and injuring several others.

The gruesome incident took place at Driekop village outside Burgersfort when the bus stopped at the pickup point at around 8pm.

Some miners escaped through the windows. They sustained burn wounds and were taken to hospital.

"We will not sleep until the people responsible for this gruesome incident are apprehended‚" said General Ledwaba. "We call on community members to assist the police in their guest to swiftly crack this case and any valuable information received will be treated with the strictest confidentiality."

A mineworker rescued from Sibanye-Stillwater's Beatrix mine in the Free State said he fears for mineworkers’ safety when mining.
News
3 years ago

Sebothoma a good story from Marikana

From working in mine to entrepreneur in protective gear, branding business
Business
3 years ago

An employee at Shiva Uranium mine‚ a Gupta-owned company based in Klerksdorp‚ North-West‚ says they have been left in the lurch after the company ...
Business
3 years ago
Next Article