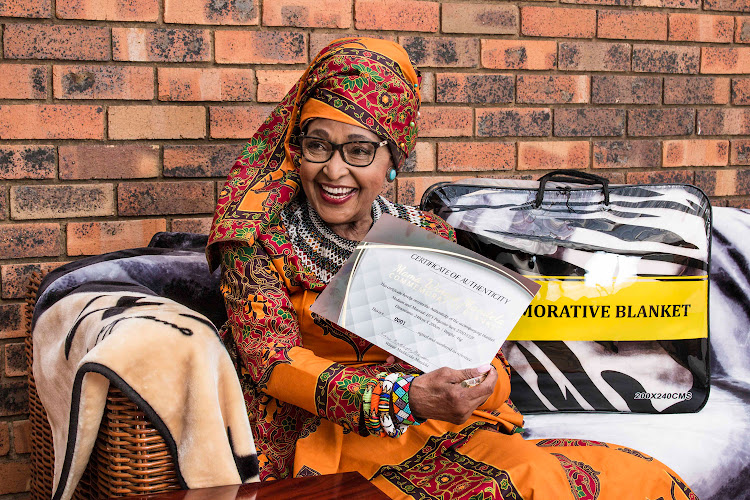 British actor Idris Elba has joined millions of people across the world in paying tribute to struggle stalwart Winnie Madikizela-Mandela.

Madikizela-Mandela's spokesperson confirmed on Monday that the anti-apartheid activist had died in a Johannesburg hospital surrounded by loved ones.

She had been in and out of hospital for much of the year and was 81-years-old.

Elba‚ who played Nelson Mandela in the film Mandela: Long Walk to Freedom‚ received Ma Winnie's blessing for the flick. The two were seen embracing at the world premiere of the flick in Johannesburg in 2013.

The actor said it was a massive honour to portray Mandela.

"I tried to pay special attention to the characteristics that make (Nelson Mandela) who he is‚ especially his presence. That's something that is hard to capture and I think I did a good job‚ I don't know."

In remembering Mama Winnie after news of her death spread‚ Elba said she lived a "full and important life."

There will be a state funeral for Ma Winnie on April 14.

Rest in peace Mama Winnie. My heart is heavy right now. You lived a full and important life contributing to the liberation of a nation by force and ACTUAL ACTIVISM. You will never be forgotten. 👊🏾

Tributes are continuing to pour in for Winnie Madikizela-Mandela‚ as church leaders and politicians recall how she was unafraid of controversy.
News
3 years ago

President Cyril Ramaphosa has praised the late Winnie Madikizela-Mandela for her determination and courage during the toughest times of apartheid.
News
3 years ago
Next Article