Concern over rabies scare in KwaZulu-Natal 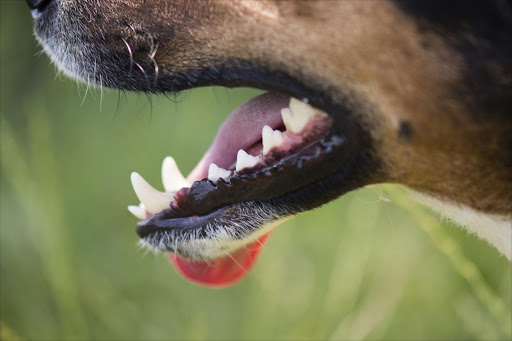 Is KwaZulu-Natal in the midst of a rabies outbreak?

The Democratic Alliance on Thursday said it had written to the province’s agriculture and rural development MEC‚ Themba Mthembu‚ calling for clarity on this.

"The move follows reports of a number of recent deaths as a result of the disease‚" said the DA's leader in KZN‚ Sizwe Mchunu.

"The DA’s correspondence also comes after a provincial portfolio committee meeting earlier this week‚ during which the department essentially admitted that it is fighting a losing battle with an annual R3-million allocated to fighting rabies in KZN‚" he added.

Mchunu said they wanted Mthembu to give a detailed plan on how he was dealing with the matter.

"Rabies is a potentially devastating disease that requires a very precise response. While it appears that the department has made some efforts - one of which is a vaccination programme – the DA does not believe that it is on top of the problem‚" he said.

The National Institute for Communicable Diseases (NICD) last week issued a warning to animal owners to vaccinate their pets‚ saying at least five cases of human rabies were reported around the country.

Forensic investigator Paul O’Sullivan plans to lay murder and attempted murder charges against a multi-national corporation over the recent ...
News
4 years ago

The institute said a sixth fatal “probable case of rabies” reported in the Free State had claimed the life of a person who had been exposed to a domestic cat.

“These cases were recorded in patients from Limpopo‚ Mpumalanga‚ KwaZulu-Natal (two cases) and the Eastern Cape. Another probable case of rabies was reported from the Free State in December 2017‚ involving a patient that presented and died with the clinical diagnosis of rabies and suffered an exposure to a domestic cat before falling ill‚” said the NICD.

Rabies is present in the saliva of an infected animal and is transferred to humans through biting‚ scratching or wounds that come into contact with the animal’s saliva.

The disease is preventable through post-exposure treatment.

Last month‚ Mthembu issued a statement‚ warning the public about what he called a "new spike of rabies in the province".

He said areas like the South Coast‚ Durban‚ ILembe District and King Cetshwayo District (eMpangeni/Richards Bay areas) had been affected.

"We had two cases reported of children having both dog and cat bites in some of these areas. Unfortunately and regrettably‚ these two cases have resulted in the loss of lives‚" he said

He also called for caution from locals‚ saying the SPCA should immediately be alerted to unknown dogs and cats in the area so they can be immediately collected.

On Thursday‚ Mthembu led a team of vets to the Underberg area where they gave free vaccines to dogs and cats.

A statement from his office said the intensified efforts came after at least three people died from rabies in uMhlathuze‚ Abaqulusi and the KwaDukuza municipalities.

"It has become clear that the province of KwaZulu-Natal is experiencing an increasing epidemic that requires reinforced intervention to completely eliminate human deaths‚" the statement read.

"The department has been on a massive vaccination programme since October 2017. These began in Ndwedwe and Durban and early this year‚ proceeded to the rural areas of the South and North coasts."

A six-month-old baby boy was mauled and killed by a dog at home in Johannesburg.
News
4 years ago
Next Article