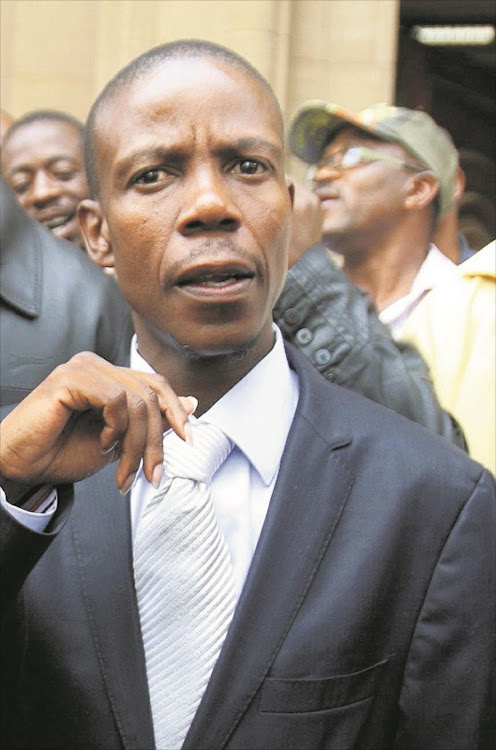 Pastor Paseka Motsoeneng‚ known as the controversial Mboro‚ on Tuesday said he had an obligation to better the lives of ANN7 staff and would therefore continue on his plans to broadcast a show on the channel.

“ANN7 has staff‚ black and other people. It is my role to help where I can. [I need to] pray for these wonderful journalists that they may also prosper‚” Motsoeneng said during an interview with the formerly Gupta-owned channel.

Mboro had pulled the plug on his show on Sunday‚ saying he needed to verify whether the controversial Gupta family still had any links to the channel.

“There were certain things that were dissatisfying to me‚” said Mboro‚ explaining that one of those things was that the Gupta name still appeared in the company’s bank accounts.

Mboro said he held a meeting with Manyi and some of the channel’s management and was given proof that the Gupta’s had no link to the business.

“We came into agreement that we would continue‚” said Mboro‚ hailing Manyi as an “open man”.

The show would be aired this weekend.

Mboro withdrew his TV show and a scheduled interview on the channel at the eleventh hour.
News
4 years ago

Mboro has moved his TV show from Soweto TV to ANN7.
Lifestyle
4 years ago

As heavy rain is predicted across the drought-stricken Western Cape late on Friday‚ Pastor Mboro says it is thanks to his prayer for rain.
News
4 years ago

Pastor Mboro has called on South Africans to join him in a 90-day prayer for rain in Cape Town.
News
4 years ago
Next Article