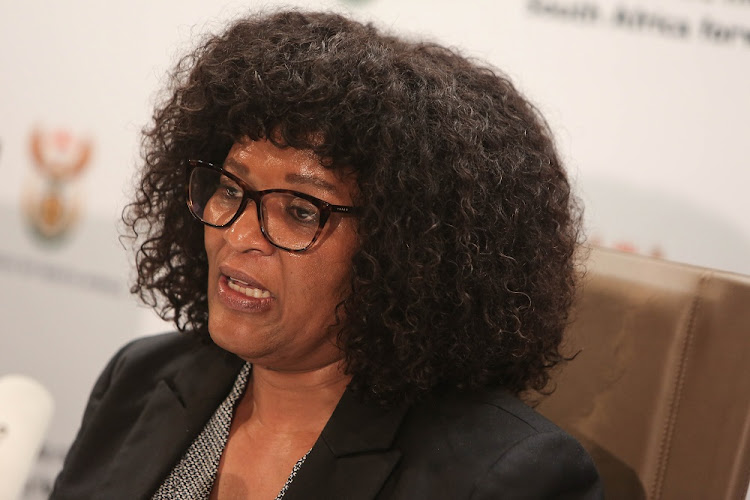 The Hawks on Friday refused to provide details on the five suspects still wanted in the Estina dairy project case.

Hawks' acting head Yolisa Matakata said that a media briefing in Pretoria on Friday that the Hawks could not name the remaining five suspects for "reasons best known to us".

Eight suspects appeared in the Bloemfontein Regional Court last week in relation to the project and were granted bail.

Matakata said the only person the Hawks had mentioned after the appearance of the eight was Ajay Gupta‚ who was wanted on a corruption matter unrelated to the Estina investigation.

The Hawks confirmed in a briefing on Friday that Ajay Gupta was being sought in a corruption investigation.
News
4 years ago

Matakata said the arrest of the eight was the first phase in the Hawks state capture investigations. "It is neither a procedure nor policy to prematurely reveal pending investigations or sought suspects as this will compromise our ongoing cases‚" she said.

Matakata did say there was no warrant of arrest for former president Jacob Zuma's son Duduzane. "We have never made that announcement‚" Matakata said.

When asked whether the corruption case that Atul Gupta is wanted for was related to the claim made by former deputy finance minister Mcebisi Jonas that he was offered a bribe‚ Matakata said she was not at liberty to state what the complaint related to specifically.

When asked if Atul Gupta‚ whom the Asset Forfeiture Unit had identified as a beneficiary in the Estina project‚ was under investigation‚ she said the criminal process was different from the proceedings undertaken by the National Prosecuting Authority to preserve assets of criminal activity.

Matakata said she wanted to assure the nation that the Hawks were not influenced in any way‚ be it politically or otherwise. "All out investigations are being done competently‚ honestly and independently without outside influence of any kind‚" she said.

Acting head of the Hawks Yolisa Matakata said on Friday that Ajay Gupta faces charges of corruption that are unrelated to the Estina Dairy Project. Matakata said Police Minister Fikile Mbalula had...