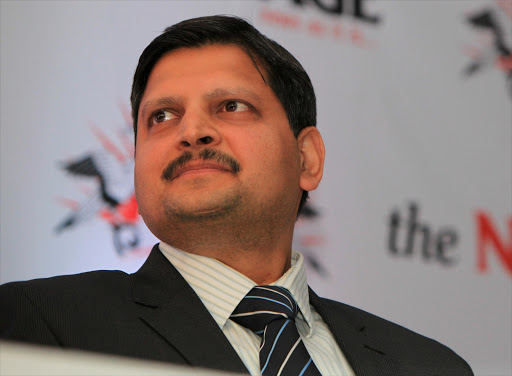 Affidavit by Atul Gupta challenging freezing of R10m was signed in Dubai.

Atul Gupta was in Dubai on February 8 when he signed his affidavit to challenge the National Prosecuting Authority’s (NPA’s) forfeiture unit from freezing R10-million in his bank account.

His affidavit was signed and sworn to at the South African Consulate in Dubai.

“I wish to state at the outset that I am currently outside South Africa‚” Gupta said.

“This affidavit is prepared in extreme haste as I was only able to give factual instruction on February 7 2018.”

The Hawks are looking for both Ajay and Atul Gupta after raiding their home in Saxonwold last week. Ajay has officially been declared a fugitive.

The Times of India reported that Ajay attended a wedding in India last week‚ but his whereabouts this week are unknown. Private citizens have offered a reward to find the Gupta brothers.

The NPA’s Asset Forfeiture Unit (NPA) froze the R10-million in question that Atul Gupta wants back. It relates to the Estina Dairy Project in Vrede‚ Free State. The project was established in partnership with Gupta-linked company Estina. R220-million meant to benefit poor farmers was allegedly siphoned off from Estina to the Guptas and others. It was adopted by the provincial government without a tender.

The AFU said in court papers only R2-million was spent on the farm. Estina then allegedly transferred money to various individuals‚ including R10-million to Atul Gupta. Some of the companies were linked to the Gupta family and money was also paid to the Bank of Baroda.

Gupta filed the notice of motion at the Bloemfontein High Court.

He states he is not opposed to the preservation order of the farm Krynaauws Lust 275 close to Vrede. He also denies receiving R10-million from the project.

“I categorically deny any such transfer into any bank account owned or operated by me … In addition‚ having regard to what I set out in this affidavit‚ it is clear that the order ought to be set aside.” Gupta further alleges the National Director of Public Prosecutions (NDPP) Shaun Abrahams failed to make a case for the relief sought and “misled the court in respect of the evidence supporting the granting of the order”.

AFU financial investigator Nkosiphendule Mradla said in his affidavit the R10-million was paid to Gupta on December 20 2013.

Mfaku said the matter had been set down for a hearing on March 1. He said the NPA was currently compiling court papers to oppose the matter.