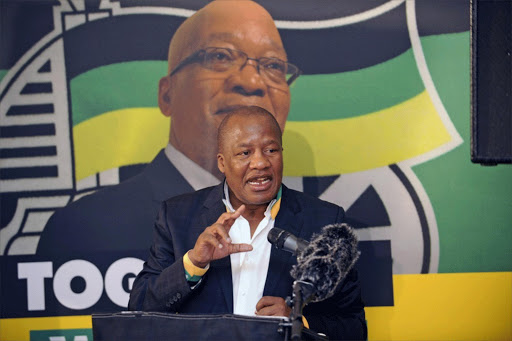 “We are relieved that he has resigned because the motion of no confidence falls away. We don’t have to vote our own out of office‚” he said on Radio 702 on Thursday.

He said opposition parties who said they would not support the election of Cyril Ramaphosa as president‚ should respect the will of the voters.

“Parliament will elect a new president and we are going to put Cyril as the new president. Opposition parties should respect the will and voice of the voters.”

Zuma resigned on Wednesday evening during a televised address to the nation.

We will tell Zuma what he did wrong‚ says ANC

The ANC has promised to explain to former president Jacob Zuma exactly what he did wrong.
News
3 years ago

President Jacob Zuma announced on Wednesday night that he would step down with immediate effect after the ANC's national executive committee decided ...
News
3 years ago

Political parties and civil society groups have celebrated the resignation of President Jacob Zuma.
News
3 years ago
Next Article