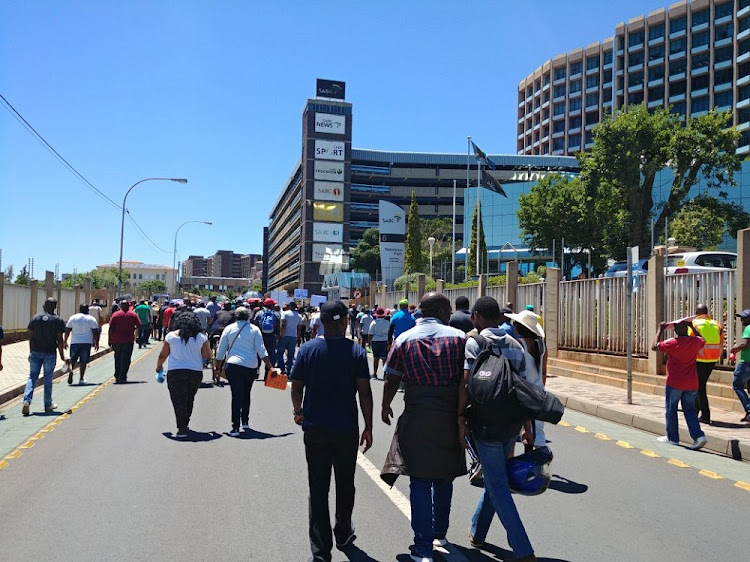 The South African Broadcasting Corporation on Monday announced that a wage deal for the 2017/18 financial year has been reached with the Communications Workers Union (CWU)‚ after the Bemawu union called off its strike at SABC at the weekend.

"This agreement marks the conclusion of the wage negotiations with organised labour‚" the broadcaster said in a statement.

SABC Board and management on Saturday announced a wage deal with one union.
News
3 years ago

Kaizer Kganyago‚ SABC spokesperson‚ said: "Today‚ CWU also agreed to receive a 4.8% increase in basic salary‚ back-dated to July 2017". SABC Acting Group Chief Executive Officer‚ Nomsa Philiso‚ commented: “We are happy that this matter has been finalized and both unions have called off their strike action. We had to all work together to ensure that the SABC’s mandate is not hampered by our internal issues. It was therefore important that we meet each other half way during the negotiation period.”

The SABC thanked the unions and dispute resolution body‚ the Commission for Conciliation‚ Mediation and Arbitration (CCMA)‚ "for mediating between the two parties and enabling a conducive environment that led us to reach this agreement".

Previously‚ the company had offered a 4.5% raise‚ while workers had demanded 10%.