Gunmen abduct staff and children at university in Nigerian capital 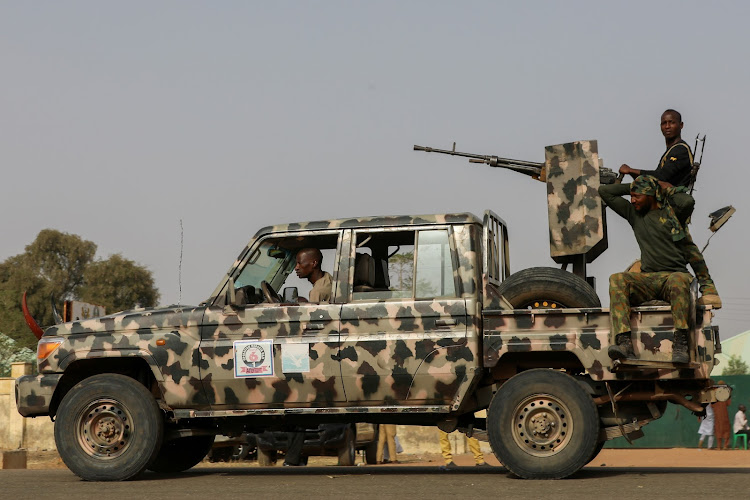 Gangs of armed men, known locally as bandits, late last year launched a series of abductions from schools and attacks on villages, mostly in the northwest of the country, in return for ransom.
Image: REUTERS/Afolabi Sotunde/ File photo

Gunmen abducted four members of staff and their children from the University of Abuja on Tuesday, the university said, in a rare kidnapping at such a large institution in the Nigerian capital.

Gangs of armed men, known locally as bandits, late last year launched a series of abductions from schools and attacks on villages, mostly in the northwest of the country, in return for ransom.

There have been kidnappings of individuals on the outskirts of Abuja, but attacks on universities are rare.

“Suspected bandits attacked the staff quarters of the university in the early hours of today. We have report that four of our staff and their children were, nevertheless, abducted,” the university said on its Facebook page.

A source at the university told Reuters that one staff member was taken together with his son and daughter.

Nigeria's security forces are stretched on several fronts, including growing lawlessness in the north and northwest and a 12-year Islamist insurgency in the northeast that has killed thousands.

Seventy-five children who were kidnapped from their school in Nigeria's northwestern Zamfara state have been released after their abductors came ...
News
4 months ago

Kidnappers who abducted more than 100 students from a boarding school in Nigeria's Kaduna state warned that the children could starve unless parents ...
News
6 months ago

One student from a group of dozens abducted from a school in northwest Nigeria this week has been found dead, the army said on Friday, adding it had ...
News
7 months ago
Next Article