Africa's croplands are already drought-prone, many of its major cities hug the coast, and widespread poverty makes it harder for people to adapt. 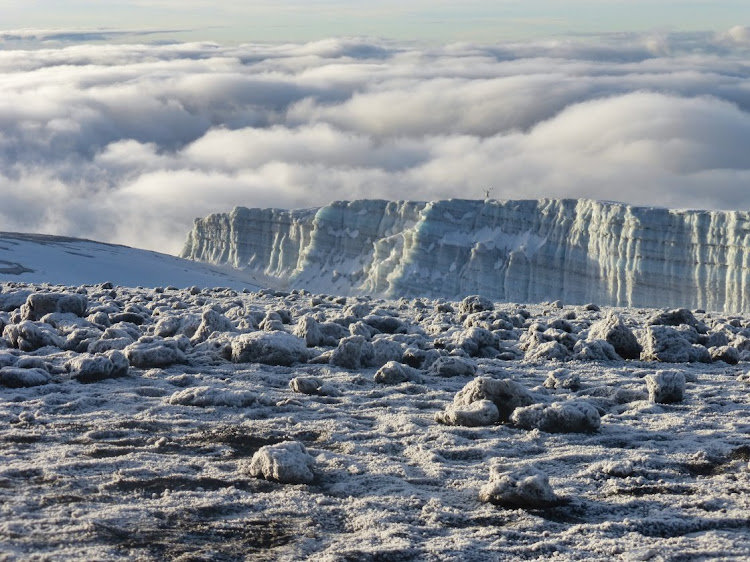 The latest report on the state of Africa's climate by the World Meteorological Organisation (WMO), partnered with AU agencies, paints a dire picture of the continent's ability to adapt to increasingly frequent weather disasters.

According to one data set, 2020 was Africa's third warmest year on record, 0.86°C above the average temperature in the three decades leading to 2010. It has mostly warmed slower than high-latitude temperate zones, but the impact is still devastating.

“The rapid shrinking of the last remaining glaciers in eastern Africa, which are expected to melt entirely in the near future, signals the threat of ... irreversible change to the Earth system,” WMO Secretary-General Petteri Taalas said in a foreword to the report.

Extreme heatwaves that previously only struck once every 50 years are now expected to happen once per decade because of global warming, while ...
News
5 months ago

It forecast that on current rates all three of Africa's tropical ice fields — Tanzania's Kilimanjaro, Kenya's Mount Kenya, and Uganda's Rwenzoris — would be gone by the 2040s.

In addition, “By 2030, it is estimated that up to 118-million extremely poor people (living on less than $1.90 per day) will be exposed to drought, floods and extreme heat ... if adequate response measures are not put in place,” the AU's agriculture commissioner Josefa Sacko said.

Africa, which accounts for less than 4% of greenhouse gas emissions, has long been expected to be severely impacted by climate change. Its croplands are already drought-prone, many of its major cities hug the coast, and widespread poverty makes it harder for people to adapt.

Apart from worsening drought on a continent heavily reliant on agriculture, there was extensive flooding recorded in East and West Africa in 2020, the report noted, while a locust infestation of historic proportions, which began a year earlier, continued to wreak havoc.

The report estimated that Sub-Saharan Africa would need to spend $30-$50bn, or 2-3% of GDP, each year on adaptation to avert even worse consequences.

An estimated 1.2-million people were displaced by storms and floods in 2020, nearly two and half times as many people as fled their homes because of conflict in the same year.