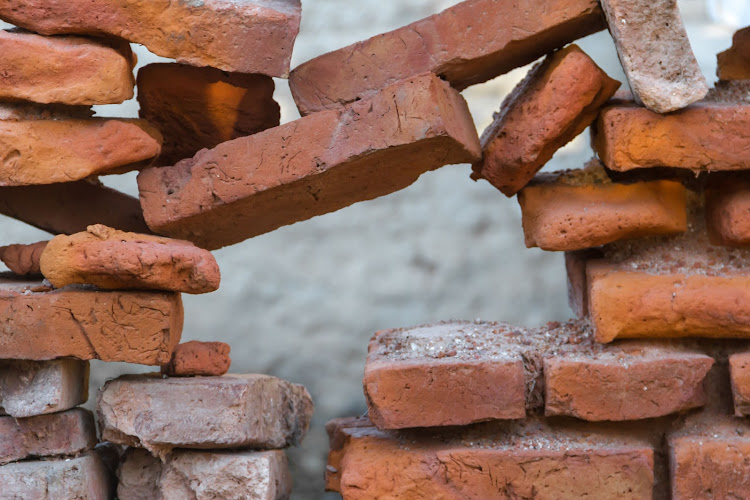 Congolese teenager Aline was left destitute aged only 15 after she was raped, left pregnant and then accused of bringing dishonour to her family and made to leave her home.

But just two years later, her life is back on track, thanks to a groundbreaking scheme to teach building skills to survivors of sexual violence in a region ravaged by years of ethnic conflict that have hit women particularly hard.

The scheme is the brainchild of Lauren Muntu Kintadi, 36, who wanted to help single mothers and other women in need to find paid work, and realised there was a demand for building.

Aline joined the programme after finding help from an organisation on the outskirts of Goma, the capital of the Democratic Republic of Congo's restive North Kivu region, that supports rape victims and young mothers.

"This training is going to help me in the future, especially in looking after my baby," said Aline, whose real name the Thomson Reuters Foundation is withholding.

"My aim is to find a job after the training. I know this can help me and my baby," she said as she worked on a project to decorate a private home in Goma, her young daughter playing a few metres away.

About a dozen women are being trained to lay bricks, landscape gardens and do basic home renovations in Goma.

The work is usually done by men, but demand for the women's services is strong in the city, thanks in part to a social media push that Muntu said had sparked people's curiosity.

Many of the women are victims of sexual and domestic violence, others simply desperate for work in a country where employers often discriminate against women in general - and mothers in particular.

Cases of domestic violence rose dramatically following the lockdown imposed at the start of the coronavirus pandemic in March, according to women's rights activists.

Anny T Modi, who heads local charity Afia Mama, said incidences had increased by about 35% as men stayed home during the day.

"What they see in this initiative is the chance to reintegrate into society after being humiliated and rejected by their the community," said Muntu, 36, who set up the Union of Compassionate Hearts charity in 2018.

Task team to probe sexual abuse in SANDF, where many cases go unreported

Defence and Military Veterans minister Nosiviwe Mapisa-Nqakula on Monday launched a task team to probe cases of sexual exploitation and abuse in the ...
News
1 year ago

Sexual violence against women and girls in Congo is widespread, according to the United Nations, which says more than half have suffered from domestic violence or marital rape.

Rape has also been widely documented as a weapon of war in eastern Congo, which remains largely controlled by militia groups since the end of a 1998-2003 war in which foreign armies and rebels vied for control over mineral resources.

The central African nation was ranked amongst the 10 most dangerous countries to be a woman by a Thomson Reuters Foundation poll in 2018.

Survivors are often put off reporting crimes because it is a complex process and because of the stigma attached, and human rights activists say justice is rare.

In some cases hospitals refuse admittance without a police order, or demand money to carry out a rape examination, said Christelle Vuanga, president of the national human rights commission.

"The way victims (of sexual violence) are treated is confusing. There are no policies that support (them)," she said.

"Women endure gender-based violence on a daily basis. Social rules and norms make them a little weaker every day," said Muntu, who wants to develop more training for vulnerable girls and women.

Muntu has agreed to work with the Congolese National Institute for Professional Preparation, which provides technical and vocational training for adults, and is getting more and more offers of work.

"I've always had a weakness for the jobs that society considers to be only for men, but it was mainly a question of capitalising on an opportunity," she said.

"This gives us easy access to the jobs market and above all it helps us to fight stereotypes and all kinds of discrimination against women, the kind that sees women as weak."