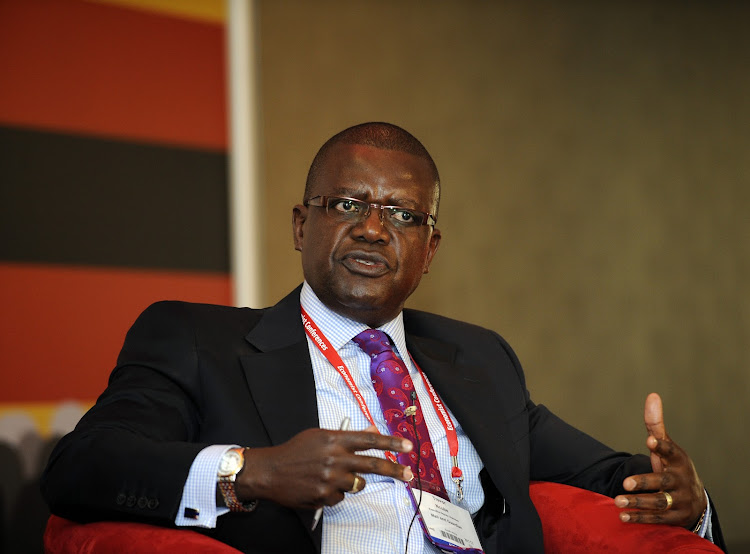 Zimbabwe's foreign affairs ministry has warned the US Embassy in Harare that it has "ways and means to deal with it" decisively in reaction to utterances made by US ambassador Brian Nichols in an interview.

Nichols - in an interview with media owner and President Emmerson Mnangagwa's adviser, Trevor Ncube - said complaints about international sanctions were being used as a scapegoat by a failing establishment.

Earlier this week, Zimbabwe held a protest march against EU and US sanctions.

After the sanctions march, the US added state security minister Owen Ncube to the list, Ncube becoming the 143rd Zimbabwean listed.

That didn't go down well with Harare. And foreign affairs minister Sibusiso Moyo, a retired army lieutenant general who played a key role in the coup that led to the removal of Robert Mugabe, breathed fire in a strongly-worded statement.

“We have the means to bring this all to an end, should we deem it necessary or should we be pushed too far,” he said.

He added: “We are a welcoming, extremely tolerant and friendly people, it will be a mistake for these qualities to be misinterpreted by any diplomat to mean that we are weak or that we will simply ignore or tolerate any form of insult or abuse.”

Analysts say the phrase “bring it all to an end” could mean chasing away the Americans from Zimbabwe, at a time when the US has built a US$292m embassy compound in Harare, believed to be one its largest embassies in Africa.

The US is the single biggest aid donor in Zimbabwe, having spent more than US$3.2bn since the country attained independence in 1980.

Zimbabwe's economy is set to shrink by 6.5% this year - its first contraction in a decade - after a drought and power shortages, the finance minister ...
News
2 years ago

Zimbabwe's national airline has resumed flights to South Africa, the company said on Monday, after a halt last week when Airports Company South ...
News
2 years ago
Next Article