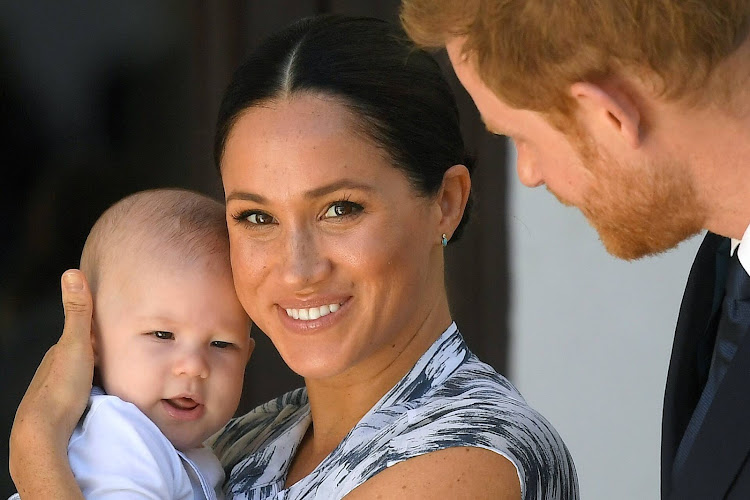 Britain's Prince Harry was due to travel to Botswana on Thursday to visit conservation and health projects on the next leg of his family's southern African tour.

Harry, his wife Meghan and their four-month-old son Archie landed in South Africa on Monday for their first overseas tour as a family.

They drew crowds of well-wishers on their first three days in Cape Town, where they visited non-governmental organisations working with vulnerable communities and the youth.

On Wednesday, much attention was focused on Archie, who sat on his mother's lap as the royal couple chatted with Nobel Peace Prize laureate Desmond Tutu at Tutu's charitable foundation.

Harry, Queen Elizabeth's grandson and sixth in line to the British throne, has been visiting southern Africa for two decades for holidays and conservation work.

On Thursday, he was to start a solo visit to Botswana while the Duchess of Sussex and Archie were to remain in Cape Town.

Harry's visit to Botswana will begin at a conservation project where he will join school children to plant trees and raise awareness of the fragility of local ecosystems.

He will then visit a project run by his charity Sentebale which focuses on improving the mental health of young people affected by HIV.

He will also dedicate an area of forest to the Queen's Commonwealth Canopy, a project to facilitate the passage of wildlife near the border with Namibia, Zambia and Zimbabwe.

Botswana holds special memories for Harry as it is where he and Meghan visited on holiday shortly after they began dating in July 2016 and returned in 2017.

Next Harry is expected to fly to Angola, where he will visit the landmine clearance project that featured in some of the most famous photographs of his late mother, Princess Diana.

He ends the solo section of his tour in Malawi, where he will meet President Peter Mutharika, before rejoining Meghan and Archie in South Africa for another township visit, this time near Johannesburg.