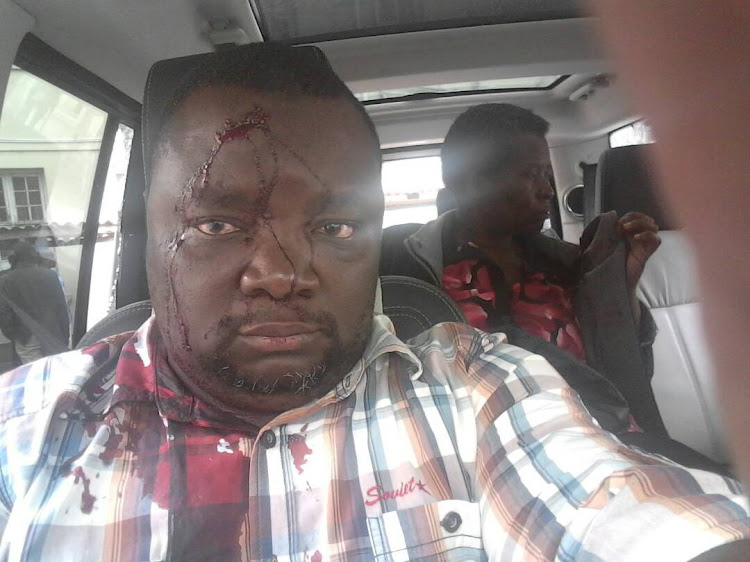 Police in Bulawayo‚ Zimbabwe‚ rushed in to stop violence as warring factions in the Movement for Democratic Change (MDC T) had a go at each other on Sunday.

The Thokozani Khupe-led faction were holding a meeting at the party's offices on Sunday afternoon when a truckload of youths believed to be aligned to new party leader Nelson Chamisa stormed the venue‚ attacking those in attendance.

"We were attacked at the Bulawayo MDC-T office. People are injured and cars have been vandalised‚" Khupe said. Khupe survived an assassination attempt at Morgan Tsvangirai's burial last month in Hamunikwa village in the Buhera region. Party youths allegedly linked to Chamisa put Khupe in a grass-thatched hut and attempted to set it ablaze.

In the latest attack‚ Khupe's aide‚ Witness Dube‚ got a deep cut on his forehead and a car that he was travelling in‚ a Land Rover Discovery 4‚ was vandalised. Other victims were taken to hospital.

The Sunday meeting was held after a public lecture organised by a civic society group in Bulawayo where Khupe‚ alongside her allies‚ Obert Gutu‚ Abednico Bhebhe and Lovemore Moyo‚ condemned how Chamisa came to power without following the constitutional process.

Meanwhile‚ Chamisa last week at a rally said those against his rise to power would be fired from the party.

So far‚ the party's spokesman‚ Obert Gutu‚ is on suspension and Khupe‚ along with those aligned to her‚ are on the fourth day of a week's deadline to tow the line or else face expulsion.

"I am not going anywhere. I will face the problems in my party head on. I am still the secretary general and I am going to be part of the solution to the problems in the party‚" he said.

When Tsvangirai passed away his three vice presidents - Khupe‚ elected by congress‚ Elias Mudzuri and Nelson Chamisa‚ whom he handpicked‚ were locked in a fierce succession wrangle. Mudzuri would later succumb to pressure and side with Chamisa while Khupe still insists she is the rightful leader constitutionally.