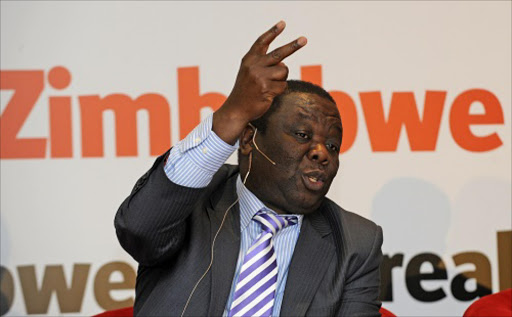 Zimbabwean opposition leader Morgan Tsvangirai is at the crossroads as he ponders his political future.

Having been the leader of the Movement for Democratic Change (MDC) since its inception in 1999 - an offshoot of the Zimbabwe Congress of Trade Unions (ZCTU) - the major obstacle in his journey towards the country’s elections in 2018 is ill health.

"At a personal level‚ I feel an air of satisfaction as I reflect on the great journey we have travelled together even as I seriously ponder about the future‚” he said.

"I am looking at the imminent prospects of us as the older generation leaving the levers of leadership to allow the younger generation to take forward this huge task that we started together so many years ago with our full blessing and support‚" he said in a statement on Monday.

His erstwhile rival Robert Mugabe was deposed by the military in November‚ robbing Zimbabweans of a "Mugabe versus Tsvangirai" election showdown.

If the elections go ahead with Tsvangirai running on the MDC T or a coalition ticket‚ he would face off with Emmerson Mnangagwa‚ the country’s current president who had been Robert Mugabe's behind-the-scenes man since the 80s.

Mnangagwa paid Tsvangirai a courtesy visit last week‚ igniting speculation that the visit was an attempt by Zanu PF to show that Tsvangirai was a spent force.

Others were of the view it showed political maturity in a country with a history of violence and political intolerance.

But at a personal level for Tsvangirai‚ the visit brought with it confirmation of a US$15‚000 monthly allowance‚ a government-funded home and health care allowance as pension for his time as the country's Prime Minister under the Unity Government of 2008-2013.

Tsvangirai however was not fooled by the sweet deal. He is very much aware that the new government does not have the people's mandate.

"This new administration has to earn its legitimacy through a proper election. It must seek the people’s mandate‚" said Tsvangirai.

Tsvangirai has publicly said he is battling colon cancer.