Four years on, AG and parliament still in the dark about SAA finances 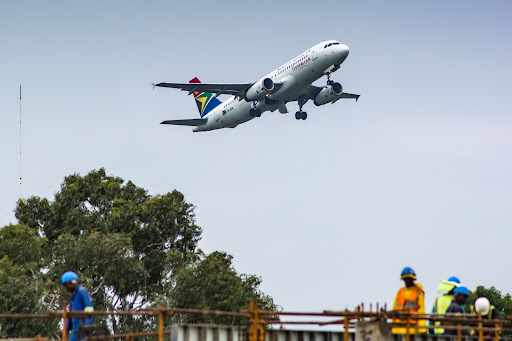 Kenya Airways and SAA are planning a series of investor roadshows to help find a financial backer for a combined airline group they aim to create next year.
Image: Bloomberg

SAA has four years of outstanding audited financial statements to submit to parliament.

Its latest financial statements are due to the auditor-general by  the end of this month. It remains to be seen whether they will be submitted.

“We have three years outstanding in terms of financial statements that SAA owes us as auditors. You can make it four years once we add 2022,” said Zolisa Zwakala, business unit leader in the auditor-general’s office.

The AG’s office told parliament standing committee on public accounts (Scopa) that it first audited the embattled company’s financial statements in the 2016/17 financial year. This would also become its last regular audit.

The AG could not complete the following financial year’s (2017/18) audit as the then SAA board requested auditors to pull away while the board was trying to sort out the liquidity and solvency challenges that were overwhelming it at that stage.

Zwakala said that audit was paused in 2019 and was concluded in February this year.

But the auditor-general is adamant the entity will have to account for all the years it was a state-owned entity.

“For the period that SAA was a public entity, there still needs to be accountability for those funds and assets of government,” said Fhumulani Rabonda, Zwakala’s deputy.

“For all the financial years up to the date of the legal transfer of control, there need to be financial statements of a public institution or organ of state that must be audited appropriately and parliament still has a role to oversee that,” he added.

Rabonda said even post the transfer, there is a still a government investment of 49%, which is a state asset and which will need to be overseen by the state.

The state will also have to make sure there is accountability and consequence management for any wrongdoing or irregularities that may have happened while SAA was 100% owned by the state, even after it moves into private hands.

The government is in the process of selling 51% of its stake in SAA to a private consortium. The entity was placed in business rescue in December 2019 and came out of that process in April 2021.

In February this year, the government announced that sales and purchase agreements for SAA by the department of public enterprises and Takatso consortium were concluded and all that was left were regulatory approvals.

MPs were shocked to hear that the auditor-general's office has not seen the sale agreement. This, after the National Treasury told Scopa in March that it was not involved nor did it give consent to the transaction.

Treasury director-general Dondo Mogajane told Scopa the finance department played no role in the selection process of the preferred strategic equity partner (SEP) including the conceptualisation, negotiation and finalisation of the terms and conditions relating to the transaction. Public enterprises Minister Pravin Gordhan subsequently denied this and the two entities are scheduled to appear before Scopa later this month over the matter.

On Wednesday, Rabonda told Scopa that when the AG requested the sale agreement, the department of public enterprises said it will make the agreement available once the outstanding approvals by the regulatory bodies have been finalised and the transaction is final.

“There are some questions that we have highlighted which will be answered once we have looked at the agreement, to see the role of government in the entity, how we place ourselves there as the public sector auditor, and also understanding the role of parliamentary oversight,” Rabonda added.

He hinted that the Mango Airline, a subsidiary of SAA, was not included in the transaction.

When DA MP Alf Lees lamented as astounding and a disappointment that the AG accepted preclusion from seeing the agreement, the office seemed to backtrack. “The AG must give us legal reasons why they didn’t see this agreement,” demanded Lees.

“It’s not a matter of we are comfortable that we haven’t received the agreement. We don’t have the (annual financial statements) themselves, let alone the agreements.

“We don’t have the annual financial statements (AFS) post 17/18, so it’s part of the engagements that are still unfolding in us requesting and getting the AFS, and everything that accompanies the special transition,” said Zwakala.

She said they hoped to get the outstanding documents in due time as there was no reason they shouldn’t get the agreements.

“There has been no barring as far as I know, to say ‘AG you shall not have a look at this agreement’. So it’s part of the ongoing processes and engagement.”

In February 2020, the department of public enterprises told Scopa the reason SAA had failed for two financial years at the time to table its annual financial statements and annual reports was that should these be tabled, it would effectively be tabled on a liquidation basis, effectively placing the entity into liquidation.

Tsakani Maluleke, who is set to become the first female auditor-general of SA after her unanimous nomination by a parliamentary ad hoc committee ...
News
1 year ago

No political will to deal with rot at SOEs – analyst

South Africans can expect more disappointments from the poorly run state-owned entities who continue to experience poor financial management which ...
News
1 year ago

Sodi has been in custody since Tuesday after he handed himself over to the police. His estranged wife Nthateng Lerata laid charges against him.
News
4 months ago
Next Article