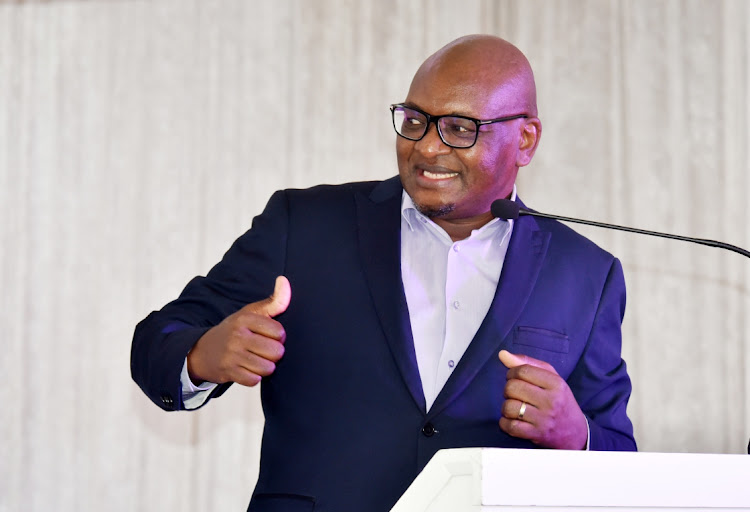 Gauteng premier David Makhura has called on the province's locals to take back the township economy but without hurting foreigners in the process.
Image: Freddy Mavunda

Gauteng premier David Makhura has made an impassioned plea to residents not to take the law into their own hands but instead work with the government to rebuild and “take back” communities.

This comes amid deadly protests in Diepsloot, in the north of Johannesburg, where residents are protesting over crime and illegal immigrants.

On Thursday, Makhura addressed entrepreneurs at Orange Farm on the Township Development Economic Bill which was recently passed in the provincial legislature.

The bill, once law, will enable new business activity and accelerate mass-scale employment and self-employment in disadvantaged communities, among other functions.

You must take back the spaza shops because we want these businesses to thrive generation after generation. The Township Economy Bill is not meant for foreigners, it is only meant for South Africans

Makhura previously said the initiative was one of the biggest milestones of the ANC-led Gauteng government. It was, however, not intended for foreign nationals, he said.

“I want to say this to you: you must take back the spaza shops because we want these businesses to thrive generation after generation. The Township Economy Bill is not meant for foreigners, it is only meant for South Africans.”

Makhura was quick to clarify his stance: “It’s not against the foreigners, it's just for the locals, there is a big difference ... Our people are suffering.”

He said the government cannot do everything for everybody. “Our people must do things for themselves but to do that, they need support, not just grants.”

The crowds cheered loudly as Makhura made the remarks. A handful were, however, not convinced, as they put it to Makhura that “it looks good in theory” and questioned how it would benefit their existing businesses. Makhura promised to revert with answers within a month.

Despite the concerns, he maintained that the bill was ground-breaking.

“Since 1994, we have not passed such a revolutionary and progressive piece of legislation. But we did this because the township business people have been crying, saying they do not see the perks of BEE, they see it among only a few who are politically connected.”

While some raised concerns at the existence of mostly foreign-owned shops, and argued that some foreigners were in the country illegally and sold drugs, Makhura said they must involve law-enforcement officials if they believed laws were being broken.

“Don’t attack people who are in SA illegally. What we need is for the government to do its job. Do not take the law into your own hands. Let us work together. We want you to run these businesses. We want to rebuild our communities. When doing this, we will be creating jobs but we will also be paying tax because we need that money for service delivery to fix our schools, hospitals and to build houses.”

The provincial government was engaging several stakeholders including the National Treasury on how small businesses would be helped and provided with tax incentives, the premier said.

He urged local and upcoming businesses to provide quality goods and services as customers went where there was value for money.

“Take care of customers, give them good service and price and always make sure that they come back tomorrow.”

Bill a leg-up for small businesses in Gauteng

The bill, which came to the public in 2020, allows the provincial government to provide finance, training and equipment to township businesses.
News
3 months ago

The cabinet has condemned the recent violent and public clashes between South Africans and allegedly undocumented foreigners in Alexandra township ...
News
3 months ago
Next Article