Ramaphosa has no confidence in his own ministers, opposition parties say 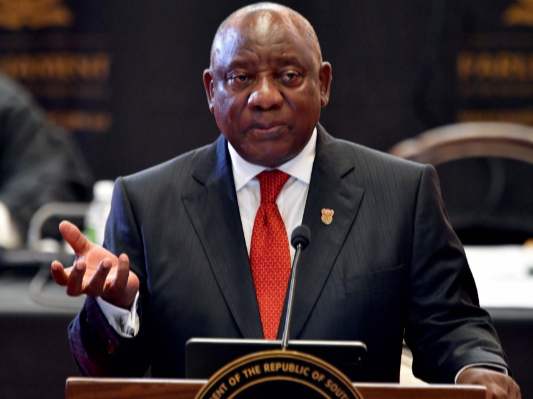 The two biggest opposition parties in the country believe that President Cyril Ramaphosa has no confidence in his cabinet, after he announced yet another expert to head a team dealing with cutting red tape.

In his state of the nation address on Thursday, Ramaphosa announced that former Exxaro CEO Sipho Nkosi would lead the “red tape team”, to be located in his office, with the goal of creating an ease-of-doing-business environment.

Both the EFF's Julius Malema and the DA's John Steenhuisen believe this was a vote of no confidence in Ramaphosa's own cabinet — with Steenhuisen going as far as saying it shows that the president feels that he has a “dummy cabinet”.

“But he has also passed a motion of no confidence in himself after promising so many millions of jobs. Now he says government cannot provide jobs; jobs must be provided by the private sector,” said Malema.

He said Ramaphosa had promised jobs in the manifesto of the ANC, but his about-turn now meant he had outsourced the responsibility of governing the people of SA.

Steenhuisen, though he was generally happy with Ramaphosa's take on the economy, questioned the reasoning behind appointing people to the presidency.

“You would have noticed three new private people in the president's office. Dealing with red tape, dealing with raising funds for climate change and one or two other things. Why is he not doing this with cabinet ministers? It's clear that he feels that he has got a dummy cabinet that can't do the things that he wants done, so now he has got to appoint people to his office to get things done.

He was, however, impressed by the announcement on the economy by the president, saying they were from the “DA's playbook”.

Steenhuisen said he was delighted that, for the first time, there was an ANC president who understood that the state-led approach was not going to get growth.

UDM chief whip Nqabayomzi Kwankwa agreed with Steenhuisen, saying the interventions on the economy sounded more like he was listening to a DA manifesto or a DA speech.

Here’s why Saftu plans to picket outside Sona

According to Zwelinzima Vavi, the picket is to "expose" President Cyril Ramaphosa for not fulfilling promises such as creating jobs for the youth.
News
6 months ago

Cape Town police have dispersed a small group of protesters who had gathered at the corner of Darling and Corporation streets hoping to tell ...
News
6 months ago

President Cyril Ramaphosa will on Thursday evening deliver his fifth state of the nation address since taking over in 2018 in a tough economic and ...
News
6 months ago
Next Article