Money in the (World) Bank: MPs take on finance minister over R11bn loan 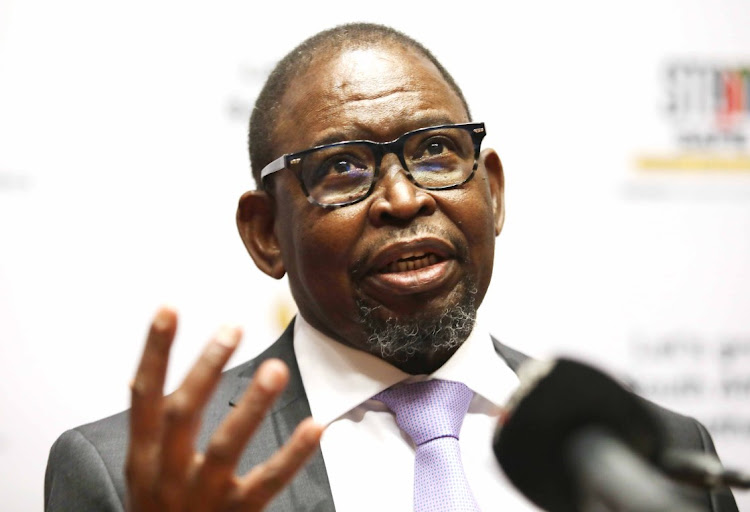 Finance minister Enoch Godongwana has vehemently defended the National Treasury’s decision to take an R11bn low-interest loan from the World Bank to help the country’s response to the Covid-19 pandemic.

“The World Bank loan is a normal loan ... In these particular circumstances, the World Bank has provided what is called a policy development loan to all its member countries, including SA,” he explained.

He said that the terms and conditions were “palatable to us, compared to what is available in the market, we then went for the World Bank loan”.

The Treasury, led by Godongwana, appeared before the National Assembly's standing committee on finance on Tuesday to give a detailed presentation on the loan. This came after EFF MP Floyd Shivambu wrote to the committee chair Joseph Maswanganyi.

The loan is intended to protect the poor and support economic recovery from the Covid-19 pandemic.
News
5 months ago

Apart from helping the country’s fight against the virus, the money is said to offer much-needed support for economic recovery.

The loan is in addition to the $4.3bn (R65.62bn) from the International Monetary Fund (IMF), $1bn from the New Development Bank and $288m from the African Development Bank, secured shortly after the outbreak of the pandemic in 2020.

Godongwana, who arrived for the meeting 30 minutes late, was pressed further by MPs who were not satisfied with his explanation.

The DA’s Dion George said: “The minister gave a very scanty explanation of what this policy development loan is and I don’t think anyone really knows what that is. Was this loan actually necessary?”

“We gave the minister a detailed question at the beginning of the meeting. Instead he comes here driving [during the meeting] and he takes this in a very reckless way. He is very lacklustre and has an 'I don’t care attitude', speaking for about 56 seconds without responding to the questions that were asked.”

Shivambu again asked Godongwana to explain in detail why SA borrowed the money from the World Bank and the conditions attached to the loan.

The ANC’s Kenneth Morolong asked the minister to “expand on the loan in terms of funding the budget deficit at an effective rate that is much lower than the country is borrowing in the bond market”.

Responding, Godongwana said: “When we table the budget in parliament, we say this is the revenue we are likely to raise and this is the expenditure we expect to incur as a nation. There is always a difference between those two, which is the deficit.”

“We are going out into the market to find this R630bn. This R11bn is part of what we are raising to achieve those objectives. So the necessity is there,” he said.

To his knowledge, he said, there were no conditions attached to the loan.

He added that it was cheaper to borrow from the World Bank as “compared to the market”.

“So the terms are very favourable and these are part of debt strategy management. In that regard, it was a good approach,” he said.

MPs were still not satisfied.

Shivambu said: “I want to propose that the committee must say that we do not agree with the Treasury’s decision to take a loan from the World Bank. And if the loan agreements have not been signed yet, Treasury must not proceed to sign those loans and must still engage with other lenders that will then look at deals with issues that are immediate.”

Responding, Godongwana said: “You may disagree with us, you are entitled to your own opinion, but the rationale [for the loan] is there.”

The committee will meet again next Tuesday.

The International Monetary Fund urged the Bank of England on Tuesday to avoid an "inaction bias" when it comes to raising interest rates as it ...
Business
6 months ago

Malawian authorities have arrested three officials of the former ruling party, including a former finance minister and central bank governor, for ...
Business
6 months ago
Next Article