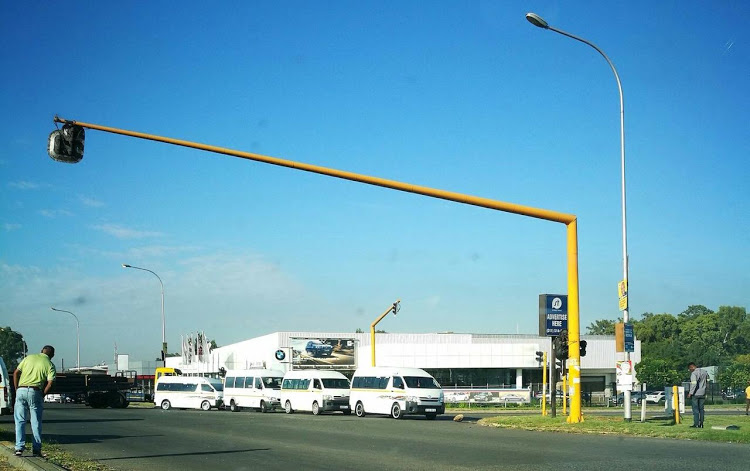 Vereeniging has been bought to a stand still because of taxi strikes.
Image: Gosietona Ratone via Twitter

The taxi association on Wednesday morning brought the Gauteng town of Vereeniging to a standstill.

Police spokesperson Capt Fikile Funda said all the entrances and exits in Vereeniging had been blocked.

"They [taxi operators] have used trucks to block the road. Apparently they have stopped trucks passing and asked to block all the exits and entrances.

"Minibuses are also being used to block the roads‚" Funda said.

He said the disgruntled taxi operations refused to be addressed by the police.

"They told us they are waiting for the delegation of the legislature to come and talk to them.

"Furthermore they are not saying anything to us‚" he said.

He said the situation in the area was tense but quiet.

Funda said "maximum" forces had been deployed on the ground.

Vereeniging Taxi Strike
Roads around the station are blocked by taxis

Police minister Bheki Cele has vowed to bring an end to a Mamelodi controversial taxi boss' reign of terror.
News
2 years ago
Next Article