Bra Mesh Mapetla was born with jazz in his blood 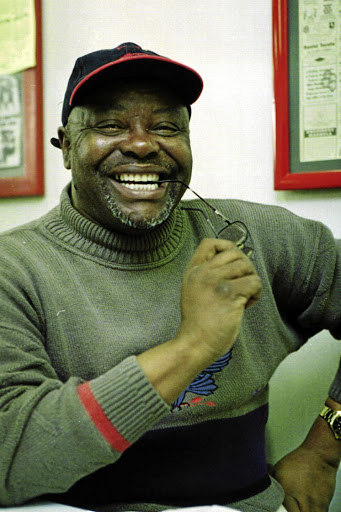 Mesh Mapetla helped in the formation of jazz clubs across the country. /Clement Lekanyane

Jazz presenter and radio icon Meshack Mapetla, who died on Tuesday at Chris Hani Baragwanath Academic Hospital after a long illness, was dedicated to his craft.

Popularly known as Bra Mesh, or Mesh Talk, Mapetla contributed immensely to the growth of jazz music in SA.

He was born in Johannesburg and grew up between Sophiatown, Meadowlands and Lesotho.

At the time of his death, Mapetla was still active in the jazz scene, hosting sessions at Silverstar Casino in Krugersdorp on weekends.

According to his friends, his love and passion for jazz started long before he became a music compiler.

Mapetla started out collecting jazz CDs of his favourite musicians and playing these for friends.

Friend and former colleague, Stan Bodibe, described Mapetla as a gentle person that you could easily relate to.

Bodibe said among the things he would miss about Mapetla was his professionalism and punctuality when it came to his work.

"Mesh was my friend for years and he was not one of the best time keepers [outside his work]. But when it comes to his craft, he was always early. He never arrived late for his show or when he is booked to be an MC."

Mapetla started his musical journey in the 1970s when he worked for SABC's music library. He then moved to Radio SR, which is now known as Talk Radio 702, as a presenter.

Mapetla left radio and joined Priority Records as a salesman. When Metro FM was established in October 1986 as Radio Metro, Mapetla was one of the first presenters to join the station.

He then left the station to join Lesedi FM, where he worked until he retired in 2010.

Oupa Salemane, who co-founded the Jazz Foundation of South Africa together with Mapetla, said the late jazz aficianado played a big role in promoting jazz.

Through the movement, jazz appreciation clubs were formed. The clubs host jazz sessions every weekend.

"We started the jazz foundation movement in the 1970s because the genre was marginalised. Through it we managed to establish 1,200 jazz clubs in South Africa," Salemane said.

During his Sunday shows at the station, jazz lovers would have their ears glued to the radio.

Former Lesedi presenter Chomane Chomane said: "Mesh was a very cool guy that you will never hear raising a voice. He was always smiling. He was very dedicated to his craft and passionate about jazz."

Minister of arts and culture Nathi Mthethwa also paid tribute to Mapetla, describing him as " a larger than life personality, who has quietly and with great commitment promoted music in South Africa..."

Mapetla is survived by his wife Thembi, son and daughter and grandson. Mapetla's memorial service takes place today at Diepkloof Hall in Soweto from 1pm.