Mashatile: Private equity to save SOEs 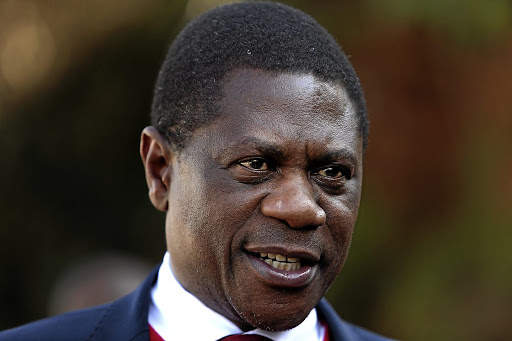 The ANC wants the government to convert some of Eskom's loans into equity in a bid to reduce the power utility's overwhelming debt.

The governing party also wants the struggling state-owned entity to be broken down into three manageable companies.

Treasurer-general of the ANC Paul Mashatile revealed on Tuesday that there was an agreement at the higher echelons of Luthuli House that because some of the SOEs were lacking capital‚ private equity should be invited for those SOEs‚ although this would not be outright privatisation of the companies.

He was addressing the Cape Town Press Club.

"We have steered away from privatisation‚ so equity investments will be minority stakes in those SOEs rather than complete outsourcing‚ except if we come across a situation where we think a particular government entity has no chance of being revived‚ we will sell it outrightly. But it is not our priority at the moment to go [for] outright privatisation‚" said Mashatile.

Poor management skills by Eskom employees have led to a loss of money by the parastatal.
News
3 years ago

"You look at Eskom‚ debt in Eskom is seriously high. We need to look at other approaches including the possibility of changing some of the loans into equity particularly by the PIC..."

He indicated that talks had already begun in this regard between the government‚ Eskom and the Public Investment Corporation.

"Obviously we don't think it can be resolved through increasing tariffs. The price of electricity is already very high."

He said the PIC was one of the biggest investors in Eskom and‚ having an exposure of close to R100-billion‚ in the ANC's view "if you change that into equity‚ it will make better the balance sheet of Eskom to be able to raise more money".

"Yes‚ people might say ‘why PIC and why not the private sector?’ But in fact‚ many corporates in South Africa listed on the stock exchange have PIC money‚ so why not Eskom?" he said responding to a question as to why invest PIC's funds in Eskom when the private sector was refusing to invest in the entity.

Mashatile explained that getting the institutional frameworks and governance of state-owned entities correct and dealing with past problems of these entities was central to the bigger plan to grow the economy.

"We believe if you get SOEs right‚ you have a vehicle to engage more positively in the economy and push for growth and therefore the issue of growing the economy and creating jobs will be addressed‚" he said.

But the governing party expects the private sector to be picky when it comes to entities like South African Airways‚ adding in such instances‚ the state will have to inject some capital itself to get such entities to a level where they become attractive.

“The government will engage with the private sector on the matter and will be fairly open for private equity investment in our SOEs‚” he said.

"It's top of the agenda at Luthuli House‚ if you want to know what we are doing at Luthuli House‚ meeting every Monday‚ it's this question. We have to get the economy right and be able to create the necessary employment‚ particularly for young people‚" he said.

Mashatile also revealed plans to break Eskom down into "three pieces" - a company doing production‚ another doing transmission and a third doing distribution.

"It's too big an elephant that is struggling to walk. We've realised that countries that have been successful in sorting out their electricity supply have actually done that‚" he said.

He said this would work because it would create companies “that will be manageable ... and obviously after sorting out the issues of the balance sheet‚ the debt and the assets”. While the ANC expected resistance on this move‚ Mashatile reiterated that this was a view of Luthuli House‚ and added that: "If we are a strategic centre of power‚ people must listen to us. That's the direction."

Power utility Eskom and labour unions are on a collision course again over the utility’s decision not to pay workers bonuses as part of a wage ...
Business
3 years ago
Next Article