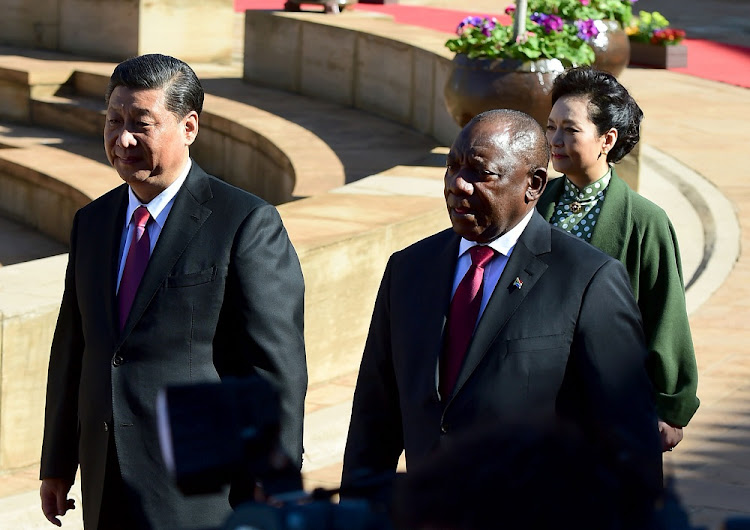 President Cyril Ramaphosa hosts President Xi Jinping of the People’s Republic of China at the Union Buildings for a State Visit to South Africa on July 24 2018.
Image: GCIS

The South African government has provided the guarantee.

“It is a normal commercial loan for the financing of our power station,” he said.

Eskom’s Group Chief Executive Phakamani Hadebe said: “If you had listened on Monday when we were talking about the funding we highlighted that there will be additional funding that would becoming.”

The Eskom loan forms part of the 14 agreements which were signed between South Africa and China at the Union Buildings in Pretoria on Tuesday. The agreements include the visa deal, financial agreement and a special agreement for the development of SMME’s on the continent.

The signing of the agreements follows the official talks between President Cyril Ramaphosa and the People’s Republic of China Xi Jinping at the Union Buildings earlier.

Ramaphosa said the agreements will deepen relations between the two countries.

“President Xi and I have agreed to supporting each other to improve the lives of our people. We have agreed that we must work together.”

Poor management skills by Eskom employees have led to a loss of money by the parastatal.
News
3 years ago

Experts: Eskom will drag us all down with it

Eskom’s financial problems will hit already- under-strain South African consumers hard – even more so as those consumers are currently faced with ...
Business
3 years ago

Power utility Eskom and labour unions are on a collision course again over the utility’s decision not to pay workers bonuses as part of a wage ...
Business
3 years ago

Eskom whistle-blower Suzanne Daniels has been dismissed.
News
3 years ago
Next Article