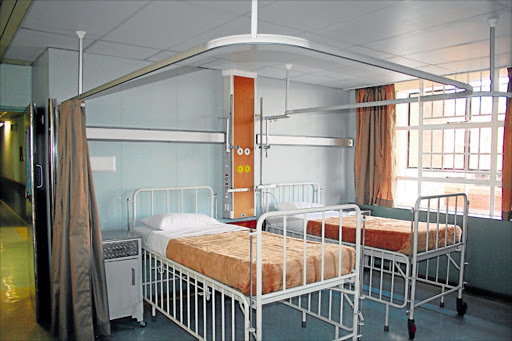 The Gauteng health department is on a mission to recoup R160-million from foreign nationals.

The embattled department sent letters of demand to foreign embassies as it launched its debt recovery process against foreigners who failed to settle their bills.

The department's spokesman, Lesemang Matuka, said yesterday that embassies were sent letters indicating the amounts owed by their citizens.

The department is in the grip of a financial crisis. It owes service providers at least R5-billion, accumulated over two years. Zimbabwean nationals owe the largest amount, a R114-million unpaid health bill.

Malawi was second with a bill of almost R11.6-million.

Nigeria was third on the list, with a R7.9-million unpaid bill.

Matuka said the embassies were engaged to "make financial contributions to the debts of their citizens".

Rand Water has been fingered for violating the basic human rights of patients at the Sebokeng Hospital.
News
4 years ago

He said the department would only take legal action against individual debtors, not the embassies. Gauteng attracts millions of migrants who use public health and education facilities, putting a strain on public coffers.

Finance MEC Barbara Creecy, who allocated an additional R1.7-billion to the health department last week, said it was crucial that the department collected money from those who utilise public health facilities and can afford to pay.

The health department's budget for the year stands at R40.2-billion.

The department was also owed millions of rands by other provinces who refer patients - for treatment and surgeries - to Gauteng.

Matuka said the three provinces that owed a total of R93-million were North West, Limpopo and Mpumalanga.

He said North West and Mpumalanga have already begun to service their debts, having paid R1.7-million and R421000 respectively.

DA spokesman Jack Bloom said he believed that the department's move against foreigners to recoup money was "a futile exercise".