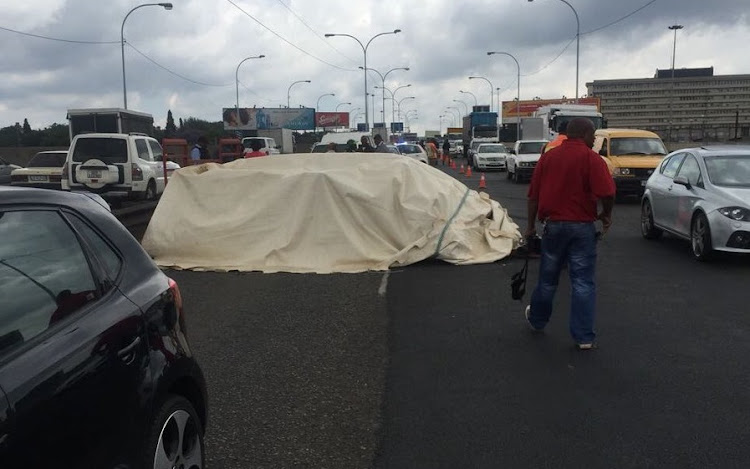 Bodies of deceased were dropped onto a highway today.
Image: MICHAEL SUN

Bodies of the deceased being transported from the Charlotte Maxeke Hospital were dropped onto a highway today.

The Johannesburg Metro Police Department has confirmed the call-out to attend to several corpses on the M1 South near Braamfontein on Wednesday morning.

Chief Superintendant Wayne Minnaar said the bodies had been picked up from the Charlotte Maxeke Hospital by an undertaker.

“[The] wheels came off [the] trailer. Some boxes containing… dead bodies [were dropped]‚” said Minnaar.

Minnaar said the road was still obstructed at around midday.