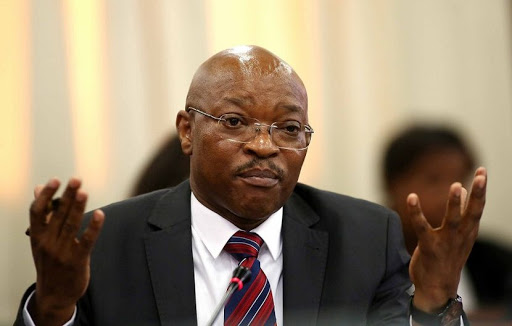 This has now emerged in the North Gauteng High Court in Pretoria where Apleni is contesting his suspension.

Zuma, cited in Apleni's court papers as the first respondent, has told the court through his director-general Cassius Lubisi that he had delegated his powers to Mkhize.

The Presidency also argued that there was no urgency in the matter scheduled to be heard in court today.

Apleni, one of the longest-serving DGs, had approached the court, on an urgent basis, in an effort to have his suspension overturned and set aside.

He said in terms of the Public Service Act, Mkhize did not have the powers to suspend him and only Zuma could.

Lubisi told the court that Mkhize had "requisite powers to suspend" Apleni, citing an October 1999 letter by former president Thabo Mbeki in which he delegated some of his powers to the deputy president and ministers.

"The letter applies in relation to the office of the president and is not confined to a specific president at the time of its drafting," argued Lubisi.

Mkhize, in an affidavit filed by acting director-general Jackie McKay, confirmed that Zuma had delegated his powers to the minister.

McKay also referred to Mbeki's letter which he argued had delegated such powers.

In the 1999 letter, Mbeki had given ministers powers to, among others, suspend heads of departments for misconduct.

Apleni cited several legal matters including a disputed R300-million allegedly owed to Double Ring Trading 222 as some of the reasons for his suspension as Mkhize allegedly wanted to settle with the company despite it "not legally entitled" to the money.

Other disputes, according to Apleni, included the Oppenhemier family and Atlantis Travel, a company the minister's son allegedly works for.

McKay argued that the minister had not decided on settling any of the matters, however, she wanted to explore other alternative methods of resolving disputes.

McKay accused Apleni of approaching "these matters in a bureaucratic and unproductive manner".

Apleni said in a supplementary founding affidavit that there "might be improper political influence" in ongoing projects in the department.

He cited a settlement proposal the department received in his absence as among other reasons that showed how urgent his reinstatement was.

"Less than 7 working days since my suspension and to my utter shock and surprise, I learnt that the attorneys representing Double Ring had made a formal settlement proposal."

Apleni said there was "undue urgency" to drive "the settlement of this matter in my absence".

"The letter was sent on 27 September 2017 and it indicates the department must respond within 24 hours, by close of business, 28 September 2017."

He said it was "extraordinary" to be given 24 hours to consider settling on litigation involving "hundreds of millions of public funds".