Coronavirus symptoms - and what to do if you have them 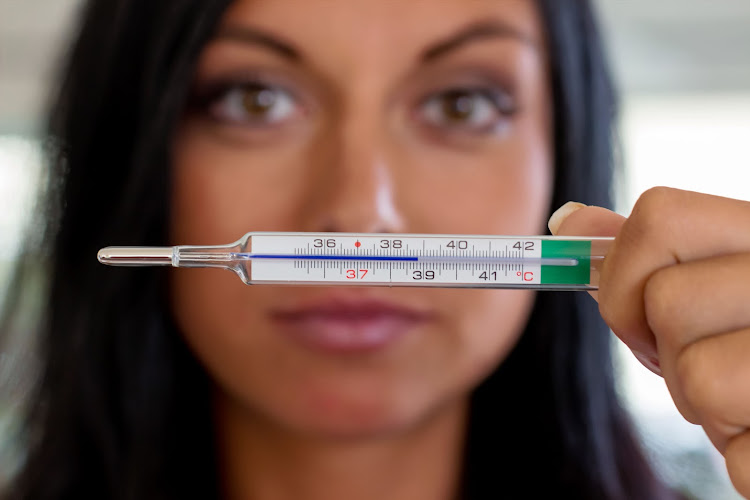 The coronavirus has not reached South Africa but it probably will. Don't take chances and seek help if you have the symptoms. A high fever is one of them.
Image: 123RF/ginasanders

After the scare on Thursday that there were two suspected cases of coronavirus in KwaZulu-Natal, the deadly outbreak hit a bit close to home. Luckily, after investigating, the department of health said that tests had “dispelled” any sign of the virus on home shores.

However, with the coronavirus spreading around the world at an alarming rate — there are nearly 31,500 people infected and 638 dead — fears are far from over. They're also being fuelled by fake news.

To set the record straight, we've answered some commonly asked questions about the virus:

WHAT ARE THE SYMPTOMS OF THE CORONAVIRUS?

According to the World Health Organisation (WHO), they include fever and respiratory symptoms such as coughing, shortness of breath and difficulty breathing.

The Centres for Disease Control and Prevention (CDC) in the US say symptoms may appear anywhere from two to 14 days after one has been exposed to the virus.

Symptoms may vary between mild to extreme with some patients needing emergency care. People of all ages run the risk of being infected but older people and those with pre-existing medical conditions appear to be more vulnerable.

WHAT SHOULD YOU DO IF YOU HAVE THE SYMPTOMS?

That depends on whether you've travelled to China, or been in close contact with someone who has and also has these symptoms, says WHO.

If you have, they advise that you seek medical care early; in severe cases infection may lead to severe acute respiratory syndrome, pneumonia, kidney failure and even death.

If you haven't and you have only mild respiratory symptoms, WHO recommends you "carefully practise basic respiratory and hand hygiene and stay home until you have  recovered, if possible".

If in doubt, go to a health-care facility.

WILL I HAVE TO GO TO A SPECIFIC HOSPITAL TO BE TREATED?

Hospitals around the country have prepared isolation rooms to treat patients who are suspected of having the coronavirus.

The department of health has also declared the following hospitals as centres to isolate and treat people who may contract the virus:

This is not to say other health facilities will not be able to help people who show symptoms. It is recommended that you seek help if you suspect you may be infected.

The deadly coronavirus outbreak in China could have spread from bats to humans through the illegal traffic of pangolins, the world's only scaly ...
News
1 year ago
Next Article