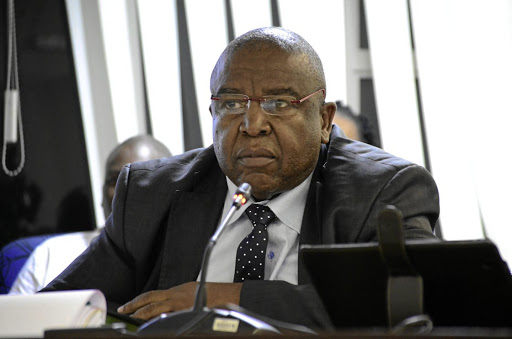 Unnecessary outsourcing of services to private companies contributed to the collapse of the North West health department, according to North West standing committee on public accounts (Scopa) chairman Mahlakeng Mahlakeng.

Sowetan spoke to Mahlakeng following a Scopa meeting in which the head of department (HOD), Dr Thabo Lekalakala, was called to account for impropriety in the department, including a controversial mobile clinic tender with a Gupta-linked company.

The Hawks are also investigating a corruption case that was opened after the same meeting. Mahlakeng said a number of worrying issues came out in the meeting, including that the department had been heavily dependent on outsourcing.

Mahlakeng said the department had contracted companies to render various services including capacity building, emergency services and the hiring of professional staff such as nurses.

"The capacity of the health department to run efficiently is being compromised by the high level of privatisation from the office of the HOD," Mahlakeng said.

Many "Sowetans" complain regularly about non-service delivery.
Opinion
4 years ago

He said the rate at which the department used private services made it difficult to motivate for more funding from Treasury.

Mahlakeng said this impacted on the financial mess at the department and impacted negatively on people who rely on public health facilities.

"This department is not geared towards service provision. It is a department which is concerned with the accumulation of wealth," he said.

Chairman for the portfolio committee on health, Madoda Sambatha, said they hoped the Hawks investigation would serve to deter people from defrauding the public purse.

"This case means that anyone who acts wrongly must back off.

"No government employee has the right to abuse public funds and be left scot- free," Sambatha said.

Hawks spokesman Brigadier Hangwani Mulaudzi said they had already started investigating the matter even before the portfolio committee had forwarded a complaint.

However, Mulaudzi said it was the committee's statement that resulted in the opening of a corruption docket. Before that, they had been looking into the matter after receiving information from a whistle-blower, but there was no docket, he said.

Mulaudzi could not comment on whether they would make arrests, saying it was too early to tell.

Lekgethwane said the investigation would also shed light on whether the issues at the department had impacted negatively on service delivery.

"The reports that we have been receiving is that services are being provided. This investigation will reveal whether it is true or not," he said.